Need You Tonight by Roni Loren

Welcome to The Wormhole and my stop on the tour.
It is my pleasure to feature Roni Loren and Need You Tonight. 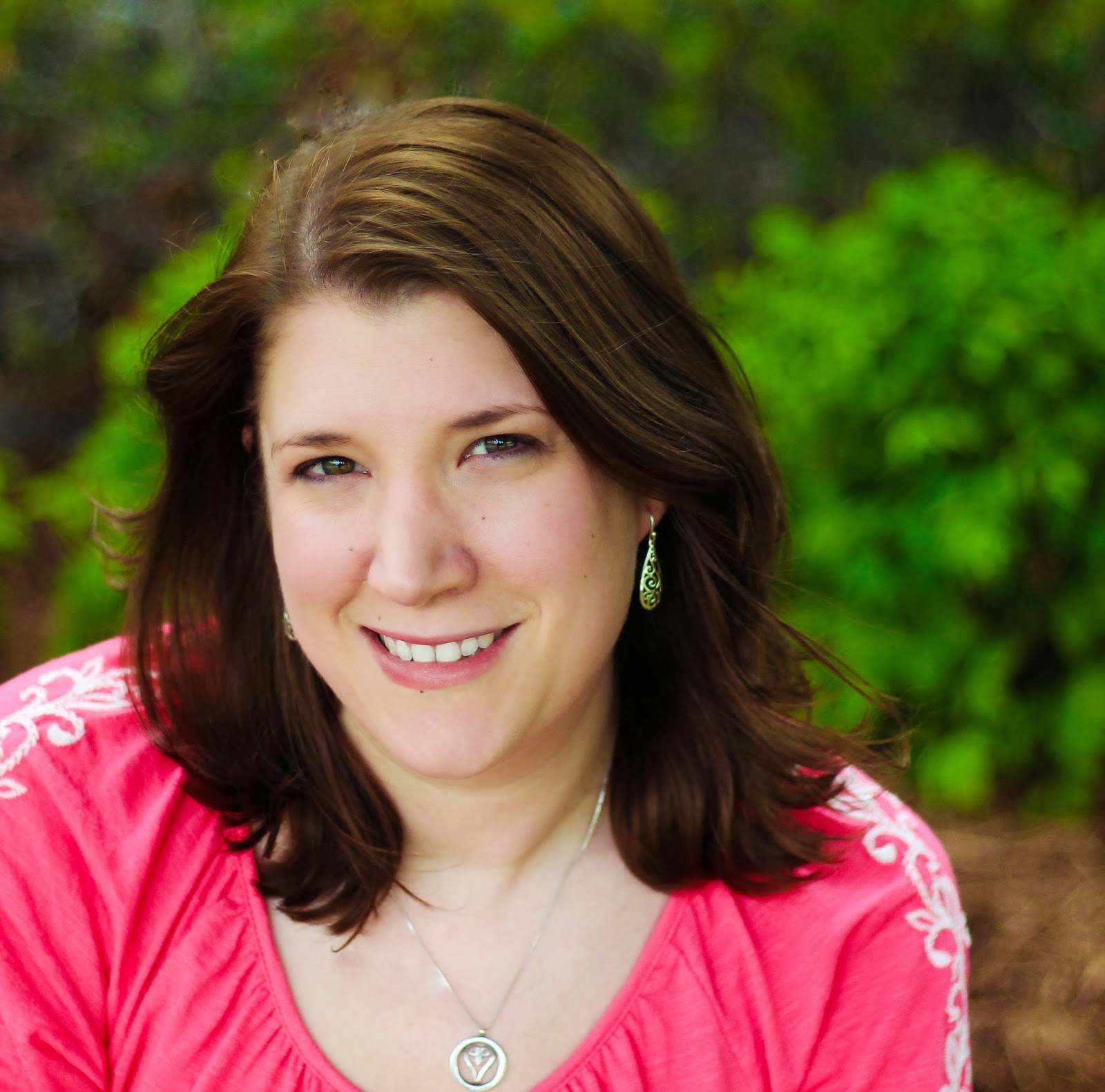 Roni wrote her first romance novel at age fifteen when she discovered writing about boys was way easier than actually talking to them. Since then, her flirting skills haven’t improved, but she likes to think her storytelling ability has. Though she’ll forever be a New Orleans girl at heart, she now lives in Dallas with her husband and son.

If she’s not working on her latest sexy story, you can find her reading, watching reality television, or indulging in her unhealthy addiction to rockstars, er, rock concerts. Yeah, that's it. She is the National Bestselling Author of The Loving on the Edge series from Berkley Heat.

She’s making a wish list, and he wants to be on top.

From foster kid to trophy wife, Tessa McAllen is about to reinvent herself all over again—and defy every insult her cheating ex-husband ever used against her: Selfish? She’s championing a charity. Stupid? She’s getting her degree.

Kade Vandergriff can help her with that one. When they encounter each other at a singles event held at one of his restaurants, Tessa blurts out that kink is for girls who try too hard, and Kade instantly wants to show this sassy stranger how thrilling a night under his command can be…...but when he learns her name, the game changes for both of them.

In high school, Tessa was the popular girl who stuttering, awkward Kade fell for. But she chose another. Now, as she eagerly learns lesson after lesson, he’s going to make sure she never forgets him again.

Excerpt:
(Tessa’s best friend has tricked her into coming to a dating event.)

Jim was scanning his list again, and Tessa smoothed the front of her dress. She hadn’t thought to put much effort into her outfit tonight. This was supposed to be a cooking class after all. So she’d stayed in the pale pink blouse and black skirt she’d worn to work. But now she felt plain and out of place. Everyone else had put on their A-game ensemble for date night.

God, why was she even worrying about it? This isn’t a real date. She’d been trained by Doug to look her best at all times because you never knew who you’d run into, and sometimes that old urge was hard to shake. But she wasn’t here to impress anyone. She was here to drink sangria and to learn how to cook. That’s it.

The door opened behind her as more people came in.

“Ms. McAllen?” Jim asked, a small frown curving his thin lips as he lifted his gaze from the clipboard. “Do you have your confirmation number with you? You’re not showing on my list.”

“My what?” She automatically put her hand on her purse but knew she had nothing of the sort in there. “No. My friend set all this up for us both.”

“Hmm.” Jim tapped his pencil on the clipboard. “Well, I’m not showing you on here, which means we don’t have confirmation of your payment. If you’d like to pay the fee now, we can let you stay for the class. Then if you find your confirmation, we’ll refund you. But since you weren’t on the list, we won’t have a match set up for you. You’d be staying for the cooking portion only unless we have any other walk-ins.”

No match? That sounded like a fantastic idea. She’d never been so happy to be left off a guest list. “How much is it?”

A gasp escaped her lips. Two hundred dollars? She should’ve expected it at a place like this, but the number still caught her off guard. And it was a number she couldn’t fund. “I’m sorry. I’ll have to find out what happened to my original fee and do this another time. Maybe I can talk to my friend and see if she has the information.”

He smiled kindly, but she saw the instant dismissal in his eyes. He knew she was bailing because she didn’t have the money. He knew she didn’t belong there. “Of course.”

Shame tried to edge in, heating her cheeks. But she swallowed it back. She would not get teary over missing some stupid cooking class. She took a step to head toward Sam’s table, hoping that even though they were technically party crashers, her friend had some magical confirmation number. But before she could move forward, a warm hand touched her elbow.

She stiffened at the touch, but the rich timbre of the man’s voice rolled over Tessa like sun-heated ocean water, making her want to close her eyes and soak in it, stay there a while. She turned around, her gaze going up, up, up, and finally colliding with clear blue eyes, a face made for Greek sculpture, and lips…God, his lips. She couldn’t imagine those had ever been used for anything but sex and sin.

She wanted to bite them.

As that image flitted through her mind, any shot she had at a normal, polite response evaporated into mist.

“I’d hate for you to miss one of the best meals of your life because of a computer glitch,” the man said with a ghost of a smile.

Tessa simply stared back like she hadn’t understood the language he spoke. The way he held her gaze had her thoughts scattering and her brain reaching for some memory she couldn’t quite grab ahold of. She shook her head, breaking the gaze and trying to clear her head. No. Get it together, Tessa. This stranger was offering to pay two-hundred dollars for her to eat. She knew how that worked. She’d played that game before. “Really, that’s very kind of you to offer. But I’ll just come back another time.”

He pulled his wallet from his pocket, pulled two crisp bills from it, and handed it to Jim. “I insist. And it’s no problem. I’m sure they’ll pay me back when they find your original reservation.”

Tessa shook her head again, even though her mind was already fast-forwarding and picturing how decadent it would be to sit and sip sangrias with this stranger. But she couldn’t fall into her old habits and let him pay her way. It didn’t matter that he was gorgeous or that he didn’t seem to mind or that he was wearing a watch that said two-hundred dollars was insignificant for him. “I’m sorry. I can’t take your money.”

Before the stranger could protest, she moved past him and the few people waiting behind them to head for the door. She needed to get out—now. She knew it was ridiculous, but she had the sudden urge to cry, to scream, to pound on something. All she’d wanted tonight was to relax and have a fun girl’s night with Sam. Instead, she’d been reminded of the life she used to have, how feeble her bank account was now, and how fucked up she was when it came to men.

She moved through the hallway that led back to the main dining room in a rush, hoping to reach the parking lot before the tears broke free, but a hand touched her shoulder. “Hey, hold up.”

The quiet command of his voice and the gentleness of the touch had her slowing her step before she could think better of it. She closed her eyes, took a breath, and turned around, speech prepared. But when she saw the genuine concern on his face, her words got stuck in her throat.

He tucked his hands in his pockets, the move pulling his black dress shirt snug across what looked to be long, lean muscles beneath. His eyes scanned hers. “Are you okay? I didn’t mean to chase you off.”

She put her hand to her too hot forehead, trying to catch her breath and center herself. “I’m sorry. It wasn’t you. I’m fine. This night just isn’t working out like I thought it would.”

“Expected to meet your perfect match?”

She made a sound that was some mixture of a snort, a sob, and a laugh. “Ha. Hardly. What a joke that is. A perfect match.”

His mouth lifted at the corner, his blue eyes dancing in the flickering light of the wall sconces. “Come on, you don’t think there’s the perfect someone out there for everyone? Someone who’s meant to fit only with you? All the movies say so.”

“Movies sell us a bill of goods,” she said flatly. All that mystical aligning of stars was such bullshit. People got into relationships for what it could do for them. When the benefit ran out, they moved on. She’d seen that proven over and over again.

“Uh-huh,” he said, his tone teasing. “So you’re telling me you paid two-hundred dollars to attend something you don’t buy into?”

“I didn’t pay,” she admitted. “A friend told me she’d get me on the list. And I—I wanted to learn to cook and to taste the food.”

He glanced back at the closed door and chuckled. “Ooh, a party crasher. How scandalous.”

His low laugh was like a gust of summer air across her nerve endings, reminding her of someone long ago. Someone she hadn’t had to be a chameleon for. She found herself smiling, her dour mood lifting. “That’s me. A scandal a minute. And now I’m causing more. I’m sure your perfect match date is anxiously awaiting you inside.”

“Nah, I’m not sold on a perfect match, either. But instant attraction…” He stepped closer and the air in the room thickened and warmed. “That I subscribe to. So, Ms. Party Crasher, answer me one question. Are you leaving because you were opposed to the money or me?”

She blinked, caught off guard by the question and his nearness. “What?”

“You came here tonight to take a class and have a nice meal. I was happy to help you do that. So, did you turn down my offer because you think the money comes with strings or is because you’re opposed to spending the evening with me?”


My thoughts:
This was a great read.  The characters are fantastic, the storyline is wonderful and the setting is perfect.
I found myself applauding Tessa at the very beginning for leaving her cheating sack of a husband - completely invested in the characters from the start - and was hooked beyond hope after meeting "Van"at the cooking class.  I love how Tessa works hard to rebuild her life and the honesty with which she goes about it.  I enjoyed the past/present connections between the characters, even though it all wasn't positive. This story brings home the idea that you can be more than what others believe you can be.
Emotionally charged and filled with passion, this story is a steamy ride.
Posted by Beverly at 4:30 AM