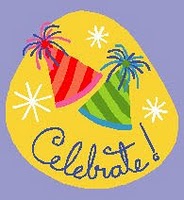 I have emailed Sherry Ficklin and she will be sending out your copy of Foresight!
I hope you enjoy it as much as I did!
Posted by Beverly at 8:35 PM 2 comments

Pride and Prejudice by Jane Austen

This book is available on Amazon.com for FREE!!!

Book description (flap blurb):
For over 150 years, Pride And Prejudice has remained one of the most popular novels in the English language. Jane Austen herself called this brilliant work her "own darling child." Pride And Prejudice, the story of Mrs. Bennet's attempts to marry off her five daughters is one of the best-loved and most enduring classics in English literature. Excitement fizzes through the Bennet household at Longbourn in Hertfordshire when young, eligible Mr. Charles Bingley rents the fine house nearby. He may have sisters, but he also has male friends, and one of these -- the haughty, and even wealthier, Mr. Fitzwilliam Darcy -- irks the vivacious Elizabeth Bennet, the second of the Bennet girls. She annoys him. Which is how we know they must one day marry. The romantic clash between the opinionated Elizabeth and Darcy is a splendid rendition of civilized sparring. As the characters dance a delicate quadrille of flirtation and intrigue, Jane Austen's radiantly caustic wit and keen observation sparkle.

I added this book to my 2011 reads first because I tend to shy away from "the classics" and second because a good friend of mine tells me regularly that this is her all-time favorite book and that she re-reads it many times each year.  On that note, here are my thoughts...


I have to start by saving how truly grateful I am that I don't live in the time period in which the book is set - I would go crazy!!!  The social strictures and the very way people spoke....... although I have to admit I am less than social and struggle for conversation topics, so perhaps it would make me crazy because I would be so unsuccessful there.


Miss Austen did write a timeless classic -
Her characters are wonderful.  You are drawn in and tied up in the lives of the Bennets from the start.  Elizabeth's sisters drive you to distraction and her mother....incredibly well developed and written character.  Each of the characters, no matter the size of the role they play in the story is creative and complete.
She sets her story with attention to detail, leaving nothing to be figured out or questionable in the world she built.  This is one thing that gives the story the ability to be timeless.  She is so thorough in her descriptions and details that the reader has a complete picture of the world that the Bennets live in.


I had seen the movie (both the old and the new versions - on a side note, the sisters in the old version will make you fast forward--constant gigglers) and have to admit that I found myself seeing the movie while I read the book and it kept me from getting too caught up in the language that seemed to use soooooo many words to say something short.


All in all - it was a great read, shorter than I had expected it to be considering that the word "classic" makes me think tome!  I enjoyed the story and would readily recommend it to others.  It has also made me think that perhaps I should start reading more "classics" - -