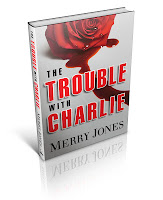 My thoughts:
This was a great read.  The plot is suspenseful, intriguing and twisted.  There were times when I wondered if I were the crazy person!  I was on the edge of my seat to the very end trying to figure out who the killer was!  This book is well written, original and clever.  The characters are well built and believable.    It is fast paced, multifaceted and has a depth you wouldn't expect.  Even at the end, when you know who killed Charlie - you are left wondering who was guilty of what.
**I received this book at no cost in exchange for an honest review and participation in the virtual book tour ~ my post date is tomorrow.
Posted by Beverly at 9:57 AM 1 comments