Blog Tour: The Murders at Astaire Castle by Lauren Carr 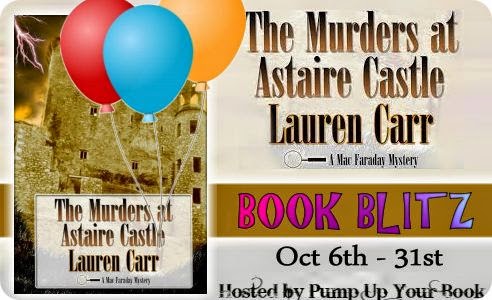 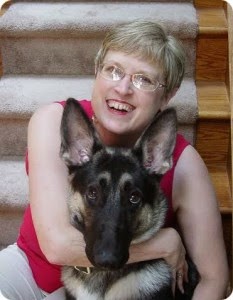 In addition to her series set on , Lauren Carr has also written the Lovers in Crime Mysteries, which features prosecutor Joshua Thornton with homicide detective Cameron Gates, who were introduced in Shades of Murder, the third book in the Mac Faraday Mysteries. They also make an appearance in The Lady Who Cried Murder.

Lauren launched the Lovers in Crime (first introduced in Shades of Murder) mystery series in September 2012 with Dead on Ice.

Lauren is a popular speaker who has made appearances at schools, youth groups, and on author panels at conventions. She also passes on what she has learned in her years of writing and publishing by conducting workshops and teaching in community education classes.

She lives with her husband, son, and three dogs on a mountain in . 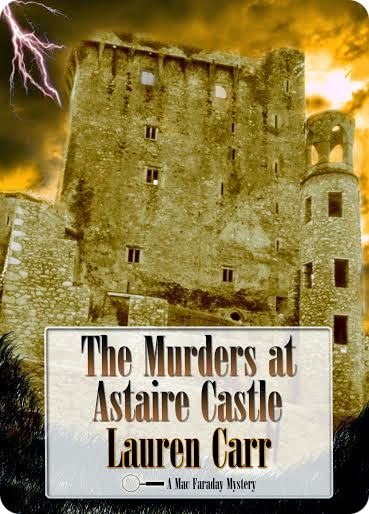 Never tell Mac Faraday not to do something.
In The Murders at Astaire Castle, Spencer’s police chief, David O’Callaghan, learns this lesson the hard way when he orders Mac Faraday to stay away from the south end of Spencer’s mountaintop—even though he owns the property. It doesn’t take long for Mac to find out what lies on the other side of the stone wall and locked gate, on which hangs a sign warning visitors to Keep Out!
Topping the list of the ten most haunted places in America, Astaire Castle is associated with two suicides, three mysterious disappearances, and four murders since it was built almost a century ago—and Mac Faraday owns it!
In spite of David’s warning, Mac can’t resist unlocking the gate to see the castle that supposedly hasn’t seen a living soul since his late mother had ordered it closed up after the double homicide and disappearance of Damian Wagner, a world-famous master of horror novels.
“Halloween has always been a fun time,” best-selling author Lauren Carr explains in a note at the beginning of her fifth Mac Faraday mystery. “It’s the time to break out and be someone else. As a child, I would pretend to be one of the Bobbsey Twins searching for clues to lead me to a secret treasure. If I was lucky, it was made up of chocolate. As a teenager, I was Nancy Drew. Always, when October rolled around, I craved mysteries with something extra added—something beyond the normal—something supernatural. As an author, I couldn’t resist taking this one Mac Faraday Mystery on a scary Halloween adventure.”
In this latest installment of Carr’s hit series, what starts out as a quick tour of a dusty old castle turns into another Mac Faraday adventure when Astaire Castle becomes the scene of even more murders. Mac is going to need to put all of his investigative talents to work to sort out this case that involves the strangest characters he has run into yet—including a wolf man. No, we’re not talking about Gnarly.
Giveaway:


Lauren is giving away one paperback copy, two ebook copies and three audiobooks of THE MURDERS AT !