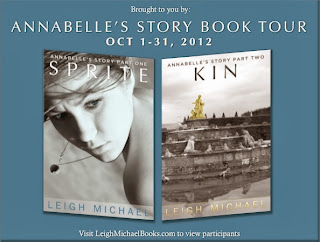 This virtual blog tour is presented by the author Leigh Michael.
Click HERE to go to the official tour site!
Welcome to The Wormhole and my day on the tour!
It is my pleasure to feature Leigh Michael. 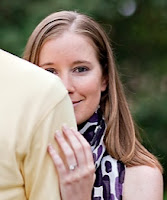 Get to Know Leigh Michael

Leigh Michael is a debut author… so you probably don’t know much about her. Let’s change that! Take a look at the 10 facts below. To learn even more, be sure to stop by Read Write Reviews on October 18, Reader Girls on October 22, and Secret Lives of Fiction Lovers on October 27. Enjoy!

I'm allergic to Mint (spearmint is the worst).
My husband and I got married in a 1700's marketplace known as Headhouse Square Shambles.
I suffer from maskaphobia (mainly mascots).
Zoey is the name of our adorable goldendoodle.
The Trumpet of the Swan was my favorite childhood book.
I share a birthday with Nina Dobrev, Kate Middleton, and Dave Matthew.
I've been an advertising copywriter for nearly 10 years.
My favorite candy is Swedish Fish.
The fastest I've run a mile was 5 minutes, 12 seconds.
I've seen Taylor Swift in concert twice in my hometown of Philadelphia.

Do you have anything in common with Leigh? Sound off below in the comments :)

Also, be sure to stop by Leigh Michael Books on October 31st for a Trick or Treat surprise!

Author Bio:
Leigh Michael is an author of YA fiction. She's worked within the advertising world for nearly a decade before writing her debut series, Annabelle's Story. Leigh lives in Washington, DC with her husband and goldendoodle. Please learn more about Leigh and her works at www.LeighMichaelBooks.com.

Annabelle Walsh thought she had it all. She was the star of her swim team, had a loving family, a great boyfriend, and to top it off, she’d be starting at UCLA in the fall. One day, she’d be referred to as Dr. Annabelle Walsh.

She was living every girl’s dream – until her life was turned upside down. All starting with finding out that she's not just a human, but also a water spirit. Half-human, half-sprite to be exact. Although not just any sprite, Annabelle is prophesied to be the only one who can save both the sprites and mankind.

With a mix of current events, anecdotes from Greek mythology, tidbits of folklore, and Leigh’s own imagination, we join Annabelle in her journey to restore order beneath the sea. Each step of the way her mind, body, and soul are pushed to the limit begging the question, how much can one half-human, half-sprite take?

Sprite (Annabelle’s Story Part One) can be purchased at:
Amazon
Barnes & Noble
Smashwords


Thanks for stopping by The Wormhole ~ stay tuned for reviews of these two books later today!
Posted by Beverly at 5:00 AM 2 comments