This Virtual Book Tour is presented by Bewitching Book Tours.
Click HERE to see the entire tour schedule.
Welcome to The Wormhole and my day on the tour.
It is my pleasure to feature:
Shades of Desire by L.M. Pruitt.

Shades of Desire
By L.M. Pruitt
Book 2 Jude Magdalyn Series
Blurb
All I wanted was a little peace and quiet.

On top of that, I'm breaking in a new police liaison, failing at playing matchmaker, and fighting nausea like it's a full time job. All I wanted was a little peace and quiet.

On top of that, I'm breaking in a new police liaison, failing at playing matchmaker, and fighting nausea like it's a full time job.

Did I forget to mention that I've also got enough girls living at the Crossroads to start my own boarding school?

Peace and quiet? Out the window.

Buy Links
Kindle
Book 1 Shades of Gray for your Kindle, in Paperback - - review HERE.
**you can read my review of Taken by clicking HERE.
Hole in the Wall a Jude Magdalyn free Kindle short
For your reading pleasure:
Excerpt
“If someone doesn’t get me a lemon in the next five minutes, everyone will suffer. A lot.”
“Jude, I love you. Which is why I can say you’re being just a little overdramatic.” One look at my face and Theo changed his tune. “But then again, you could say pregnancy is dramatic and you’re just getting into the groove.”
“Nice save.” I tried to sit up again. Halfway through the upward movement greasy waves of nausea rolled over me and I eased back down onto the pillow. Strands of black hair clung to my sweaty face and I closed my eyes, exhaling slowly. “Not as nice as that lemon would be right now, but nice.”
“ will be here in a moment. No doubt she’ll have a lemon. And tea. And toast.” Theo turned over to face me, laying one hand over my still mostly flat stomach. If you looked close, you could see the smallest of bumps.
I know, because I checked. Every other day or so.
If anybody told me three months ago, that the week before Halloween, I’d be lying in bed with a man who absolutely adored me—even the crazy parts—I’d have asked them what the hell they were smoking. If they’d thrown in being pregnant, I would have punched them in their jaw. Then gone to the store and bought a dozen pregnancy tests and prayed for them all to be negative.
But that was before the Covenant.
In two weeks, I’d gone from being an orphan raised by nuns, to the latest in a long line of only daughters. Women charged with the protection and well-being of hundreds of people with unique powers. Some made flame burn for hours, while others called the wind to knock you flat on your ass. They were a group of people who came together over two-hundred years ago, bound by a prophecy. One with no past, lost in the present, will bring in the future, through gifts of both this world and the next.
And lucky me, I’d passed the job interview.
I’d sent Hart to a muddy, watery grave-literally. Unless something went crazy wrong, he’d stay under the until the Final Judgment. Williams ruled the vampires of the city now and kept his distance as much as possible.
And I, Jude Magdalyn Henries, led the Covenant. Maybe I wasn’t terrific at it. But Gillian would be proud.
All things considered, I think I came out with a pretty good deal. 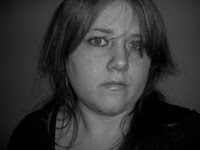 About the Author:
L.M. Pruitt has been reading and writing for as long as she can remember. A native of with a love of , she has the uncanny ability to find humor in most things and would probably kill a plastic plant. She is the author of the Jude Magdalyn Series as well as New Moon Rising, featuring Cari Gravier, and Taken, featuring Frankie Post. She is currently at work on the next book in the Moon Rising series, Harvest Moon Rising, due out April 2012. Ms. Pruitt makes her home in with two cats--one smart, the other not so much.
Facebook page: http://www.facebook.com/#!/pages/LM-Pruitt/364776895104
Blog: http://www.lmpruitt.blogspot.com
Twitter: https://twitter.com/#!/lmpruitt
Posted by Beverly at 10:30 AM 0 comments 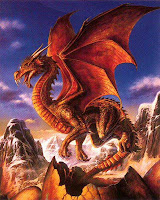 There was little warning as the air stirred. The sheriff slammed his hands on the fence, one on either side of her, trapping Niki between his body and the wood.
She glanced up at him, amused.
He practically bit out his words. “I have a dead shifter with vampire marks, a truce close to breaking, though hell if I can figure out all the whys, and a Rogue vampire in town.”
His scent overwhelmed her and Niki couldn’t resist playing with fire. Just a little. She leaned closer. “And I’m obviously guilty. After all, I’m a murderer merely because I’m a vampire.”
She bared her fangs.
He didn’t flinch. His face reddened and he glanced past her, to the wooden fence, before meeting her gaze once more. His voice softened the tiniest bit. “I didn’t mean that the way it sounded.”
“Oh? It was pretty clear to me.”
He opened his mouth, then snapped it shut. Niki continued to stare at him, wondering what he’d been about to say.
“Look,” Shane said, his voice soft and seductive now. She didn’t trust it. “I believe you didn’t do this. But if you know who’s behind the killings, I need to know too.”
“You can’t con me with sweet smiles and pretty words,” she replied, though her breath came just a little faster at his nearness. He smelled of soap and smoke and spice. It set her nerves on edge and she could barely think as his scent filled her.
His eyes widened as if he could read her thoughts. She licked her lips and his gaze drew lower, to her mouth. He swallowed loudly, drawing a tiny bit closer.
As if pulled by some magnetic field emanating from him, Niki leaned in.
She stared into his golden eyes, unable to break from his gaze, to move back from the hot energy rolling off his body.
“Niki,” he whispered huskily, need filling his voice. His shoulders tightened and his jaw clenched.
If she hadn’t been who she was, her body would have melted into a puddle, right then and there. She couldn’t bring herself to pull away.
Giveaway Goodies:
Amber is giving away a $5 Amazon gift certificate to one lucky winner at this (and every) stop in the blog tour. Just comment below to be entered.
Amber will also be giving away a $20 Amazon gift certificate to the wonderful host who has the most comments at the end of her tour.
And she will be giving away another $20 Amazon gift certificate to the reader who leaves the most comments on all the blogs she’ll be visiting.
(if there is a tie, she will use Random.org to select the winner).
Posted by Beverly at 9:33 AM 11 comments