Welcome to my stop on the blog tour!
The blog tour is being hosted by Bels at The Bookish Snob.  The complete tour schedule is HERE!
The Author we are featuring is: H.P. Mallory

Hi, I'm HP Mallory and I've written two series, the first about a fairy in law enforcement (To Kill A Warlock and A Tale of Two Goblins) and the second about a witch who can bring back the dead (Fire Burn and Cauldron Bubble and Toil and Trouble).
I'm a mongo fan of anything that goes bump in the night and Halloween is one of my favorite holidays! (Quick tangent--the best costume I've ever worn was last year when I went as the Headless Horseman and my baby was my Jack-O-Lantern head!) I've always loved the Twilight Zone Marathons and if I ever saw a ghost, I think I'd wet myself.
I grew up in California although I've lived abroad in the UK (England and Scotland--woo hoo, gotta love those kilts!)
I'd categorize my writing as a blend of suspense, humor, light horror, and romance with a sprinkle of fantasy to tie everything together! If you are all about fairies and witches and vampires (oh my!), you love a good alpha warlock and you like men who get a little hairy during a full moon, I got the goods.

The book on tour is: A Tale of Two Goblins!

You can buy the book by clicking on any of these links:
Amazon.com    Smashwords.com    Barnes and Noble.com

I have just finished reading both book one and book 2.

Book 1:  To Kill a Warlock - click HERE to read my review and
Book 2:  A Tale of Two Goblins - click HERE to read my review of the blog tour book!
Book Excerpt from H.P. Mallory:
Apparently feeling my eyes on him, Bram turned his attention to me and winced as if he wasn’t enjoying all the attention. Ha, as if. I held up my hand to say “take your time; I’m enjoying myself” even though I couldn’t say I was enjoying myself. Jealousy was still in the process of eating a big hole in my stomach and if nothing else, I wanted to go home and drown my sorrows in a vat of Ben and Jerry’s cookie dough ice cream. And that was really saying something because I didn’t even like sweets.
“Is he trustworthy?” Knight continued.
“What?” I asked, completely at a loss. “What are you talking about?”
“Maybe if you’d stop staring at the vampire, you’d know.” His voice was stilted, angry.
“I wasn’t staring at him,” I muttered, realizing I’d been doing exactly that.
“Is Bram trustworthy?” Knight repeated. “Since he’s so much stronger and faster now, is that going to cause trouble for the ANC or trouble for you?”
I frowned and shrugged at the same time. “He’s as trustworthy as the next vampire.”
“That isn’t saying much.”
“It’s saying I don’t know what the answer to your question is. Do I trust Bram? Most the time yes. Do I think he’s going to get more cocky and take more risks due to his increased strength and power? Probably so. Do I think he’s a risk to the ANC? No, probably not.” I took a deep breath—I needed it since that had been a mouthful.
“If he’s so much stronger, it will be harder for you to defend yourself against him, if the need ever arose.”
Based on Bram’s little example of his increased speed in the limo, I also wondered if I’d be able to defend myself against him, not that I thought I’d ever need to… “Bram and I go way back.”
Knight’s lips were still tight—maybe even angry. And there was a rigidness to his body. “So what? He’s vampire.”
I smiled as warmly as I could. “You’re Loki, and I hardly know you.”
He nodded and cocked his head to the side, studying me like he was a great artist and I was a muse to be reckoned with. “I would never hurt you.”
I swallowed hard, not wanting to admit how his words had created warmth in me, a feeling of, dare I say it, endearment. “Neither would Bram.” At Knight’s dubious expression, I continued. “He’s harmless, Knight. Bram just wants to have sex with me and then he’d be completely over this…crush.”
At the word “sex,” Knight shifted uncomfortably, focusing his attention on Bram. His expression wasn’t a pretty one. When he faced me again, there was heat in his eyes, a certain glow I’d never seen before.
“What was that?” I demanded, sort of weirded out.
“What?”
“Your eyes just started…glowing.”
I was pretty sure I didn’t imagine the reddish blush that stained his cheeks. “It’s something Lokis do—we have no control over it.”
I narrowed my eyes—would his Loki traits ever stop revealing themselves? “And what is ‘it’ that you have no control over?”
He exhaled deeply. “Not something I really want to—”
He never had the chance to finish the statement as Angela was suddenly beside him. I was so irritated, I had half a mind to open the floor and have it swallow her whole, but restrained myself. I’d find out what this glowing eye bit really meant soon enough. The fact that Knight was clearly uncomfortable with it and didn’t want to discuss it was all the more reason to find out why. Anything I could wield over his head held a lot of value.
Thanks for stopping by The Wormhole!


The next stop on the tour - Reading Between The Wines Book Club http://readingbetweenthewinesbookclub.blogspot.com


Don't Miss out on the Giveaway! 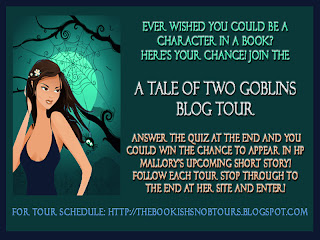