This giveaway hop is hosted my Kathy at I Am A Reader Not A Writer and Martha's Bookshelf.
You can get to the linky by clicking HERE!
I am stop #55 (or was when I set this post up!)
Stop #54 is: A Family Friendly Blog (Int)
and stop #56 is: Living, Learning, and Loving Life (US)
On the linky it says my giveaway is US but I decided to make it International.
To enter is simple:  Be a follower, fill out the form.
Prize is simple too: any ONE book ($10.00 or less) as long as shipping to your location is FREE.
Posted by Beverly at 11:59 PM 7 comments 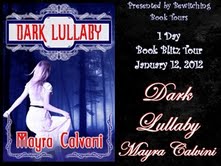 Buy link HERE.
Posted by Beverly at 5:00 AM 1 comments