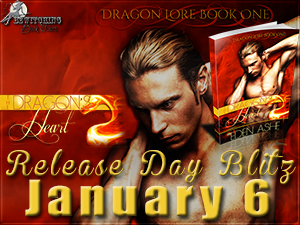 This release day blitz is presented by Bewitching Book Tours.
Click HERE for more about the blitz.
Welcome to The Wormhole and my stop on the Blitz!
I am pleased to present Eden Ashe and The Dragon's Heart. 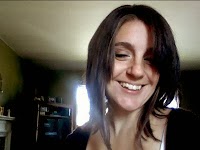 About Eden Ashe:Convinced dragons have gotten a bad rep throughout time, and more than a little addicted to fairy tales and romance novels, Eden Ashe has decided to re-write history. In her version, the dragons are ancient warriors in tarnished armor, who not only deserve the girl in the end, but will fight forever for her.www.edenashe.comwww.twitter.com/EdenAshewww.facebook.com/eden.ashe.authorhttps://www.goodreads.com/author/show/7262875.Eden_Ashe

The Dragon’s HeartDragon Lore SeriesBook OneEden AsheGenre: urban fantasy romancePublisher: Lyrical Press, IncNumber of pages: 198 ~ Word Count: 76000Cover Artist: Renee RoccoAmazon   Book Description:“We’re dragons. We don’t do the mushy friend thing.” - Daniel The dragon-shifter king will do anything to keep his mate alive…even if it means war. After millennia as king of the dragon-shifters, Daniel Ashborne wants a little peace and quiet, especially from the beautiful Hollywood starlet who haunts his memories. His escape tactics end abruptly when he is called to the ER to save the one woman he wants to forget, but who now bears his mark. Shelby Kincade’s life and movie career were nearly destroyed when Daniel vanished a year ago. Now he’s back, claiming they have been accidentally mated. Getting over him once was hard enough, but she must choose either the life of her dreams or the man she can’t live without. With peace finally on the horizon between the dragon-shifters and the Hunters, an assassination attempt on the dragon king and his mate shatters everything. Tensions rebuild as Daniel and his loyal team of shifters try to discover who put out the hit. Enemy and ally lines are crossed, but in the end--after the battle ash has settled--no one could have foreseen who has plotted for their own gain. CONTENT WARNING: Graphic fight scenes, lots of great sex, and hot, hot, hot dragon men. A Lyrical Press Urban Fantasy Romance