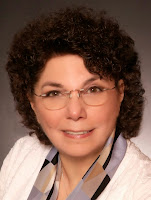 My thoughts:
I have a weakness for Christmas stories so I was excited to participate in this tour.  The first story of the collection I read was Mistletoe and Magick.  I liked Max immediately.  It was the same with Ellyn.  They are both strong willed and courageous, the kind of characters I love to read about.  The story itself is steeped in lore, tradition and strong beliefs.  As Max and Ellyn struggle in the Otherworld, where they have unwittingly traveled together, they form a bond that grows rapid and solid.  I was enthralled by their journey in the Otherworld.  The story is well written and touching.  The emotions ran wild while I worried about the outcome of the path they embarked on.  I was thrilled with the ending and found myself wishing that there were more pages to turn.  I will be looking for more from Ruth A. Casie.
Posted by Beverly at 5:00 AM 0 comments