Welcome to The Wormhole and my stop on the tour.
It is my pleasure to feature Brooke Kennedy, Briana Gaitan and their book, Ethereal Underground. 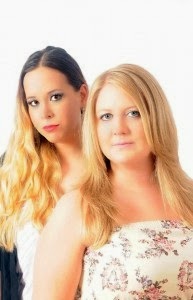 Brooke Kennedy and Briana Gaitan are southern natives, self-proclaimed geeks, and have been writing together for over 10 years! They have written short stories, fan-fictions, novels, and plays both together and separately. They are avid fans and writers of supernatural, sci-fi, fantasy, and romance novels.  One of their goals is to write stories where there are no limits to the imagination, giving you something new and fresh each time.
Briana enjoys books, shopping, fashion, adventures and has spent countless hours dreaming of a life in space. She finds time to write in between hanging out with her three children and her husband, as well as finishing up a degree in marketing.
Brooke enjoys music, books, family & friends, and spending time with her husband and incredibly entertaining guinea pig.  She has obtained a bachelor’s degree in psychology and a master’s in mental health counseling from Tennessee Technological University.
Delve more into their adventures on Twitter (EtherealUBook), Facebook, and http://www.etherealunderground.com. 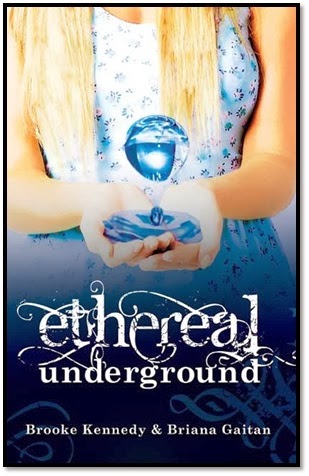 Can the person who was sent to steal your soul, be the same person who steals your heart?
The keepers are protectors of the planet Cabalin, charged with defeating identified enemies and preventing other planets from waging war on their dying planet. They are expected to keep their emotions in check and do as they are told no matter what the consequences. One of their rising warriors, however, has been placed on sabbatical for reasons unknown to those around him. Rebellious, impulsive, and moody, Ash has continued to break the rules by frequenting the Ethereal Underground, the seedy hang out in the eighth layer of the planet. Ash has always believed in the keeper’s cause, but his taste for adventure always seems to get him in trouble.
The seraphs live on a different plane of existence. They watch over the mortals and reap their souls when it is time for them to depart to the afterlife, but do not associate with the beings otherwise. They are duty bound and loyal creatures, each of them having an affinity for a force of nature that they can use when needed. When a seraph breaks the rules, they are banished and stripped of their affinity. These evil creatures are named the fallen. Annalise, a reaper seraph blessed with an affinity for water, has always followed the rules until she is called to reap Ash’s soul and take it to the afterlife. This time, however, she finds it difficult to take the soul.
Their worlds were never supposed to meet. Now everyone’s future is in jeopardy, their lives turned upside down as they find themselves on the run from the very people they thought they could count on. The two of them must search for a way to clear their names and hunt down the evil forces of the fallen, without losing themselves or those they hold dearest. This epic fantasy will take you on an exhilarating quest for love, truth, and revenge.

“Here, a quick lesson in mortals. Let’s call it Mortals 101.” Finlay held up a hand, three fingers up in the air as he used his other hand to count them, “Number one: Do not take anything they say literally. You really need to work on this. Number two: Always assume the mortal has another motive. They usually do. Number three: If they try to kiss you, always kiss them back.”

Annalise rolled her eyes, “I am not kissing a mortal.”

“Suite yourself, my dear. If that’s all you got out of that lesson, then we have a problem already,” he said, eyes moving to Ash.

Once again, she felt the overwhelming need to revive him, heal him. If she listened to it, she would be betraying her people, breaking one of the most important of rules. She had never gone against the Elders’ wishes before, but she felt as it would be a terrible tragedy if she took this soul back to the Grand Hall.
Annalise leaned back to gaze up at the high metal ceilings and the florescent lights flickering above her. Leon would be so disappointed in her, and she would be going against all of her trainings if she rescued this mortal. She felt her heart racing as she fought with herself to continue with her duty. All she had to do was tap her bangle and she would be in the Grand Hall. There would be no turning back at that point. It itched at her, however, her heart aching suddenly in the weirdest way.
There was no way she could do it, she decided. She had to make sure the young man lying there was saved and she was the only one that could do it. She could not take his soul. They would have to send someone else to do it. As she leaned back over him, she noticed his face beginning to lose its color.
a Rafflecopter giveaway
Posted by Beverly at 5:00 AM 0 comments