About the Zombie West Omnibus 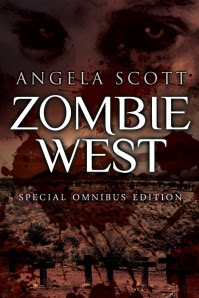 The Wild West is hard enough to survive with its native territory, wanted outlaws, and harsh terrain, but with a plague turning civilized people into brain-eating monsters, survival becomes nearly impossible. Red has lost everything to the fast-spreading disease: her family, her trust in mankind, and her hope for a better tomorrow. When she meets Trace, a smooth-talking gambling man who’s more city boy than cowboy, she’s forced down a path she’d been avoiding for years. Until his arrival, she’d lived by a certain set of rules—don’t ask names, keep to yourself, don’t let anyone too close—but the jackass of a man won’t let her be, and he has an uncanny knack for appearing at all the wrong times and in all the wrong places. Each, with a secret of their own, will need to learn that only by working together do they have any chance of surviving The Zombie West. That is, if they don’t kill each other first. [Angela Scott’s Zombie West Omnibus includes the three books in the Zombie West series WANTED: DEAR OR UNDEAD, SURVIVOR ROUNDUP, and DEAD PLAINS. Find these books on Amazon, Barnes & Noble, iTunes, Kobo, and Smashwords.] Genre classification: YA/Western Romance/Action and Adventure/ with added zombies for utter mayhem. 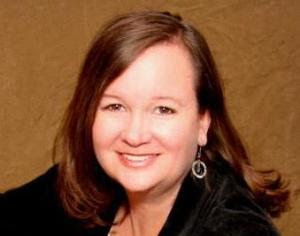 Angela Scott hears voices. Tiny fictional people sit on her shoulders and whisper their stories in her ear. Instead of medicating herself, she decided to pick up a pen, write down everything those voices tell me, and turn it into a book. She’s not crazy. She’s an author. For the most part, she writes contemporary Young Adult novels. However, through a writing exercise that spiraled out of control, she found herself writing about zombies terrorizing the Wild Wild West–and loving it. Her zombies don’t sparkle, and they definitely don’t cuddle. At least, she wouldn’t suggest it. She lives on the benches of the beautiful Wasatch Mountains with two lovely children, one teenager, and a very patient husband. She graduated from Utah State University with a B.A. degree in English, not because of her love for the written word, but because it was the only major that didn’t require math. She can’t spell, and grammar is her arch nemesis. But they gave her the degree, and there are no take backs. Find Angela Scott on her website, Facebook, Twitter, and Goodreads.

Find the Zombie West Trilogy on Amazon. Don't forget to add the Zombie West Omnibus to your Goodreads to-read shelf. Connect with Angela Scott on her website, Facebook, Twitter, and Goodreads.
Posted by Beverly at 5:00 AM 0 comments