This virtual book tour is presented by Tribute Books.
The official tour site is HERE.
Welcome to The Wormhole and my day on the tour.
It is my pleasure to feature:
Natalie Wexler and The Mother Daughter Show. 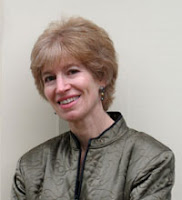 Natalie Wexler's web site, Natalie Wexler's Goodreads, The Mother Daughter Show Goodreads page
Natalie Wexler's Bio:
Natalie Wexler is the author of The Mother Daughter Show (Fuze Publishing 2011) and an award-winning historical novel, A More Obedient Wife. She is a journalist and essayist whose work has appeared in the Washington Post Magazine, the American Scholar, the Gettysburg Review, and other publications, and she is a reviewer for the Washington Independent Review of Books. She has also worked as a temporary secretary, a newspaper reporter, a Supreme Court law clerk, a legal historian, and (briefly) an actual lawyer. She lives in Washington, D.C., with her husband.
Natalie has joined us for an interview:

? When did you first realize you wanted to be a writer?
I don’t think there was a specific moment of realization. Starting in high school and continuing through college I wanted to be a journalist, and I did pursue that for a while. But, being a fundamentally shy person, I always preferred the writing to the reporting. I started writing personal essays, but eventually I sort of ran out of material. I think throughout that entire period I would have aspired to writing fiction if I’d thought I could do it, but I assumed I couldn’t.  About ten years ago someone encouraged me to try turning an idea I had into what became my first novel, A More Obedient Wife. I was amazed to discover that I could do it.

? How many jobs did you have before you became a writer?
My first real job was as a reporter, so I suppose you could say I started out as a writer of sorts. But then I went to law school, clerked for judges for two years, and worked as a lawyer for all of eight months. After that I got a job as a legal historian and later freelanced for magazines. When I got tired of freelancing I thought back to some intriguing 18th-century letters I’d come across while working as a legal historian and ended up using the letters as the basis for my first novel.

? How long does it take you to write a book?
It depends. My first novel took me about eight years, but I wasn’t working on it full-time, and—since it was a historical novel—much of that time was spent doing research. The first draft of The Mother Daughter Show took me only about six weeks, but then I spent another year and a half rewriting it again and again. Right now I’m about 350 pages into the first draft of another historical novel. It probably took me about six months to write those pages, but I started thinking about and researching the idea years ago, before I wrote The Mother Daughter Show. And I also had a couple of false starts—drafts I abandoned after realizing they weren’t working, including one that had a different main character.

? Where do you get your ideas or inspiration for your characters?
For the historical novels, I’ve gotten my inspiration from real but minor historical figures who left behind some evidence of their existence, but not enough information for anyone to write a biographical account of their lives. For the first novel I had letters to and from my characters, and for the one I’m working on now, I have the magazine that one of my characters edited (and wrote much of) in the early 19th century. I don’t actually want to know too much about the real people my characters are based on, because then there wouldn’t be enough room for my imagination to play around with them. I wouldn’t want to try to write a historical novel about Abraham Lincoln, for example.

The Mother Daughter Show, which is set in 2009, was obviously different. It was inspired by a real event, but it was never my intention to have my characters be fictional versions of real people. I suppose the characters were originally inspired by things I observed about some real people (including myself), but they definitely took on a life of their own. Basically I started with traits that served the purposes of my plot (for instance, I needed one character who was a frustrated writer, one who was a control freak, and one who was desperate to keep the peace at any cost) and then worked from there to create what I hope are believable three-dimensional beings whose existence is completely independent of any real individual.

? How do you decide what you want to write about?
Again, it varies. The idea for The Mother Daughter Show kind of dropped into my lap, in that I found myself in a situation that—to me, at least—suggested the outlines of a comic novel. And writing about the situation was a way to maintain my perspective on something that was actually rather difficult and painful to live through.

The idea for my first novel, A More Obedient Wife, arose from my job as a historian: I knew a little about the two women who became my main characters from reading their letters, but I was frustrated that I couldn’t know more. Filling in the gaps with my imagination was the only way I could think of to get at their stories.

I’ve taken a circuitous route to the novel I’m working on now. Originally I was inspired by a portrait I saw of a beautiful woman from the early 19th century. Something about her made me curious, so I did some research and discovered that she’d been quite a celebrity in her time, basically because she married one of Napoleon Bonaparte’s brothers. Then, as I read through her voluminous correspondence, I realized that she was an extremely unpleasant person, and I decided I didn’t want to spend that much time in her company. But in reading her letters I came across a friend of hers who I thought was a terrific writer, so I started researching her instead. It turns out that the friend had a pretty dramatic life herself, and the novel is now basically about her.

? What are you reading right now?
I’ve just started How It All Began by Penelope Lively, a wonderful writer I discovered about a year ago. She manages to write books that are both funny and meaningful, a feat to which I aspire.

? What do you like to do when you are not writing?
Writing is a very solitary activity, and while it’s just about my favorite thing to do, I find I need to balance it with activities that bring me into contact with other people. One of those activities is teaching English as a Second Language to adults, which is one of the most rewarding things I’ve ever done.

? What do you think makes a good story?
All sorts of things can make a good story. If you’re terrific with language and description, you may not need as much of a plot. If you’ve got a great plot, maybe you can skimp a little on character development. The main thing is to keep the reader engaged enough that he or she wants to keep turning the pages.

? Who would you consider your favorite author and why?
I don’t really have a favorite author, but there are many I admire. Of the classic writers, I keep coming back to Dickens for his humor, the sheer power of his storytelling, and the quirky details he lavished on even his minor characters. Some of them may verge on cartoonish, but you’ll never forget them. Of contemporary writers, I’ve long been a fan of Alice McDermott and Margaret Atwood, and more recently I’ve been delighted to discover Sarah Waters and Penelope Lively. Aside from the fact that they’re all women, they’re pretty different, but each of them has managed to lift me out of my own world and plop me happily into a universe of her own creation.

At Barton Friends a D.C. prep school so elite its parent body includes the President and First Lady - three mothers have thrown themselves into organizing the annual musical revue. Will its Machiavellian intrigue somehow enable them to reconnect with their graduating daughters, who are fast spinning out of control? By turns hilarious and poignant, The Mother Daughter Show will appeal to anyone who's ever had a daughter - and anyone who's ever been one.