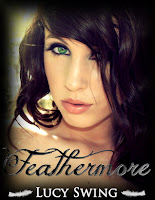 *** I received this ebook from the author in exchange for an honest review.

BLURB:
"When the one thing you live for is taken from you, do you let it go or do you fall?

Jade, like any other student at Brushwood High, awaits the start of the school year with a certain measure of dread. Worse, she is being threatened by a voice that only she can hear—a voice that lurks at the edges of her awareness, haunting her and warning her of something unknown. She has always been able to count on her two best friends, Claire and Nate, but can she confide in them now? About this? Would they even believe her?

Life takes a turn for the better when she meets Avan, a darkly handsome new student who, somehow, seems to drown out the voice and make her feel at ease.

But Jade soon comes to realize that good things don’t last forever. When everything spirals out of control, she is shattered by something she never saw coming. Dazed and despairing, she must now overcome tragedy and embrace her true existence and a new but dangerous love. Will she be able to save herself and those she loves, before it’s too late? Or will she let the surrounding darkness consume her?"

My Thoughts:
This story is original, nicely paced and well-written. The characters are carefully constructed and realistic (even considering the supernatural aspect of the story).  Jade is wonderful, although there are moments when she is just a little too teenage girl, you have to give her those moments because of what she is going through.  I was thrilled with the premise of the book, angels on earth - fallen, yet pure still, protectors who can change forms, ancient evil, and the ability to call animals to aid.  I enjoyed the storyline and was pleased with the way Lilith is portrayed and the way her character plays out her part in the book, she is truly cruel and evil.  I am still curious about Blake and his part.  Nate and Claire are fantastic characters and I am hoping for more back story in books to come.  Avan is great, wouldn't we all love to meet the guy so perfect an angel would fall from heaven to be with.  The ending is a shocker and a HUGE cliffhanger!  I can't wait for the next book. 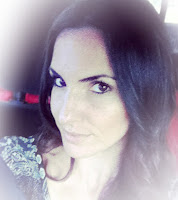 She is a YA Paranormal/ Romance writer, whose works include: Feathermore #1 (Feathermore Trilogy), Bloody Valentine, the novella, and Bloody Valentine is also offered in "Death by Chocolate," an anthology consisting of 6 fantastic YA short stories with a chocolaty twist.

She is an absolute book hoarder and must always have a book at arms distance. Music is her muse, and there is always a soundtrack that plays along with her life.
Posted by Beverly at 6:42 PM 1 comments 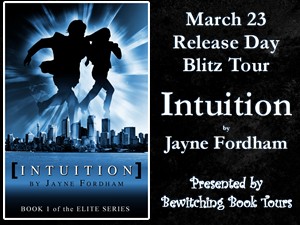 This release day blitz is presented by Bewitching Book Tours.
Welcome to The Wormhole and my stop on the Blitz!
It is my pleasure to feature Intuition by Jayne Fordham.

Synopsis:
Olive Morgan is not your typical psychologist. She can also access the memories of anyone she comes into contact with.

After an explosion in a Sydney shopping mall, Olive is enlisted alongside a team of 'Elite' consultants. She joins Canan Jones who can attune to the emotions of other people, including Olive. Initially, she distrusts the agency, but when another explosion threatens more lives Olive has no choice but to use her skill to prevent another disaster.

Is terrorism really at play or is the agency hiding the real reason behind these attacks?

Olive wants to solve the case, but her personal life is suffering. Despite having a boyfriend, she feels a connection brewing with Canan, who has an uncanny way of making her feel calm when life becomes overwhelming...

Intuition is a tale of supernatural suspense and the first book in the Elite Series.


...for your reading pleasure...an excerpt:
Excerpt from Intuition, Book One of the Elite Series
By Jayne Fordham
Olive’s phone rang before she could locate the remote control. The phone number on the screen was blocked; she had no idea who would be calling her.
"Hello?" Olive asked tentatively.
"Olive Morgan?" A stern voice asked.
"Yes, that's me."
"My name is Regent. I work for a confidential agency with the government.”
“Um, hi,” she mumbled. She wondered if this was going to be some kind of sales pitch.
“You better turn on the news. There’s something you need to see,” he said firmly.
“Huh?” Olive was feeling a bit confused, but the man sounded quite serious, so she did as she was told. The remote had fallen between the cushions on the lounge, so she retrieved it and hit the power button.
An image of an explosion flooded the screen. Olive stood up straight, her eyes glued to the display.
“What’s that?” Nat cried, getting up from the table to come closer to the television.
Olive turned up the volume on the news channel where a young woman was now on the screen with a microphone. There was black smoke behind her and people running all over the place.
"An explosion in south-west has caused havoc,” the reporter announced. “It is feared that many are dead and many more injured. The circumstances are considered suspicious at this stage.”
"Oh my gosh! This is so scary,” Nat gasped.
Olive was shaking. An explosion so close to home. They thought it was suspicious; she felt her stomach recoil. She placed the phone back to her ear.
“Who are you?” she asked suspiciously. 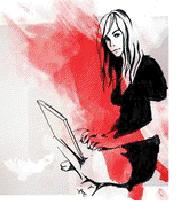 About the author:
Jayne Fordham resides in Sydney where she works as a psychologist and freelance writer while working on another novel. Jayne has also authored the YA fantasy novel, A Season Of Transformation.

Purchase link ~ Amazon
Posted by Beverly at 5:00 AM 0 comments