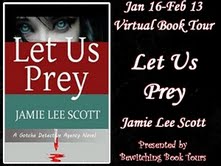 This virtual book tour is presented by Bewitching Book Tours.
You can see the entire tour schedule by clicking HERE.
Welcome to The Wormhole and my day on the tour!
It is my pleasure to present Jamie Lee Scott! 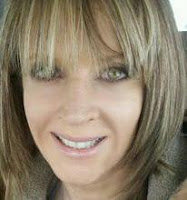 Jamie was born on the Central Coast of California, where she spent her entire childhood entertaining.  She wrote plays and charged admission to her backyard stage so her friends and family could enjoy the performances.  She wrote her first novel at the age of 10, for her 5th grade class project. The novel was called Cindy.
Busy with horses and school, Jamie rarely wrote through her teens and twenties, she was living a life most dreamed of (well, she dreamed of anyway), competing at barrel races, hanging out with cowboys, and traveling in rodeo circles with her friends. Money was tight, but life was good.  Then Jamie met the man of her dreams. And low and behold he was not a cowboy, but a farm boy. They married and he swept her away to her little piece of heaven in .
Well, then didn't turn out to be such heaven, Jamie again turned to fiction. This time she wrote to relieve the stress of living so far from her family, and from running a business with her husband. Funny how she now found it cathartic to kill people, only on paper of course.
Before she finished her first full length novel, Jamie was contracted to write the book, Hiking Iowa for Falcon publishing. In a year, she hiked 75 trails in the state of and mapped the trails, landmarks and  distances. And this was before GPS. It was tough work for the measly advance, but it was a writing credit.  So now, Jamie writes the mystery series featuring the Gotcha Detective Agency.
Jamie has written three novels, Let Us Prey, the soon to be released Death of a Sales Rep, and Give a Dog a Bone. She is currently writing screenplays.  She is co-founder of Scriptchat on Twitter www.scriptchat.com & TWWriterChat www.tvwriterchat.com, and is the former president of RWA’s screenwriting chapter, Script Scene.
Jamie still lives in (though she visits as often as possible) with her husband, 2 dogs, 2 cats and 2 horses. She writes with a few from her 6 acre farm.
http://www.jamieleescott.com/
https://twitter.com/#!/jamie_ld
http://www.facebook.com/jamielee.scott2
She has graciously offered this interview:
? When did you first realize you wanted to be a writer?

I’m not sure I realized it all at once, but I do know that I hated English classes in high school and college. Funny thing, it was my college critical writing class that made me realize I was good at writing, but it was years later that I realized people actually got paid to write.

? How many jobs did you have before you became a writer?
I don’t think there is enough room to list all of the jobs I’ve had in my lifetime, but rest assured each one has contributed to my writing life. I still run 2 businesses with my husband, a restaurant A&W, and a jewelry business. The restaurant may be the reason I decided to write murder mysteries.
? How long does it take you to write a book?
The writing doesn’t actually take that long, maybe 8 weeks. It’s the mulling and outlining that take forever, sometimes up to 6 months. The scenes don’t come to me in order, but I feel the need to put them in order before writing, so I outline extensively. And then the whole thing changes again when I type the first word, go figure.
? What would you say is your most interesting writing quirk?
I talk to my characters as I’m writing. I say things like, “Whatever, you can’t say that.” And then I let them say it. I also like to dictate with a software program, because sometimes I think the words are more natural when I speak them, rather than type them.
? Do you have a routine that you use to get into the right frame of mind to write?
Because whatever story I’m working on is in my head all the time while I’m writing it, and because I’m writing about my hometown which I miss desperately, I can’t wait to sit down and write. Usually when I sit, the words just flow, but I think this has to do with my outlining process. I do need my own space with no interruptions, but that’s about it.
? Where do you get your ideas or inspiration for your characters?
The inspiration for the murder and the characters involved in Let Us Prey came from a story an author told at a writing conference.  As for the regular players, Mimi, Charles, Nick, Cortnie, and Jackie, they are all a mash of people I know. I have a picture in my head of the person they represent, so I never forget what they look like and type the wrong eye or hair color.
? How do you decide what you want to write about?
Well, since I write murder mysteries, I know I’m going to write about death, and if I picture the victim as someone who wronged me in my real life, I don’t have such a hard time imagining a painful death. (oh, did I just type that?) Mostly I find stories based in fact, I just tweak the facts to fit a story in which I can involve my main characters. Because seriously, how many P.I.s will ever really come across so many dead bodies. And for my other series, the amateur sleuth runs a dog bakery, so the chances of dead people popping up have even lower odds.
Let Us Prey came about because of a story I heard about an author being attacked at a conference. Death of a Sales Rep is based on a story I read about a greedy sales rep, and Textual Relations is from an incident that occurred with one of my employees. Of course all the facts and people are changed to protect both the innocent and the guilty.
? What books have most influenced your life?
Peak Performance by Charles Garfield
? What is the first book you remember reading by yourself?
I don’t know which one, but it was a Fun with Dick and Jane book. The first book I bought was called The Mysterious Blunder Bones, from my 3rd grade book club.
? What are you reading right now?
Blood Orchids by Toby Neal, and Your Sitcom Mission (I write TV sitcoms and dramas)
? What do you like to do when you are not writing?
My whole life, including writing, revolves around my horses. I currently have two.
? What is your favorite comfort food?
Cool Ranch Doritos with guacamole and salsa! Or crackers with red pepper smothered cream cheese. Oh, and always, chocolate. Sorry I couldn’t narrow it to just one.
? What do you think makes a good story?
Conflict, interesting characters and more conflict.
? Who would you consider your favorite author and why?
Jane Smiley, because she writes about horses and horse racing, and her characters stay with me long after I’ve closed the book (or the Kindle cover).
And Elmore Leonard because he writes dialogue the way it should be written.
? What book, if any, do you read over and over again?
On Writing by Stephen King, Horse Heaven by Jane Smiley.
Fun random questions:

Book 1, Gotcha Detective Agency Mysteries
By Jamie Lee Scott
Mimi Capurro has been hired to protect New York Times bestselling author, Lauren Silke, who was recently assaulted in the bathroom at a paranormal conference. Though Mimi is hired to act as bodyguard for Lauren’s upcoming book tour, plans change when Lauren's assistant is murdered and the slaying is a replica of a scene from Lauren’s newest novel. A novel that hit bookstores the same day as the killing.
Now instead of playing bodyguard, Mimi is cracking computer code, and chasing down vampires. These vampires come alive on the streets of , as part of a live-role-playing game. Mimi must find the connection between the vampires and the author to track down the killer. This would be much easier if Detective Nick Christianson wanted her investigating the case.
Nick, Mimi’s old college fling, is the lead homicide investigator.
Though he wants her off the case, he also wants to pump her for information. Nick may have used her in the past, but this time she’ll use him to try to catch the murderer first.
Amazon Paperback   Amazon Kindle
Book Trailer: http://www.youtube.com/watch?v=7HgyUcSYbUk
Posted by Beverly at 5:00 AM 1 comments