Release Day Blitz: Temptation in a Bottle by Shona Husk

This blitz is presented by Bewitching Book Tours.
Click HERE for more blitz information and links.
Welcome to The Wormhole and my stop on the blitz!
It is my pleasure to present Temptation in a Bottle and Shona Husk. 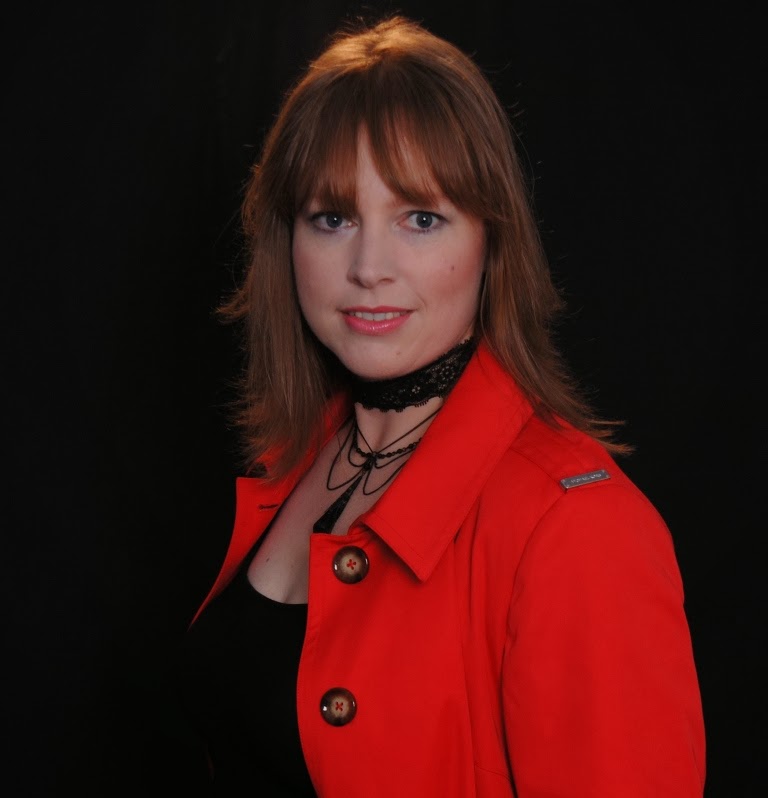 Three time ARRA finalist Shona Husk lives in Western Australia at the edge of the Indian Ocean. Blessed with a lively imagination she spent most of her childhood making up stories. As an adult she discovered romance novels and hasn’t looked back. Drawing on history and myth, she writes about heroes who are armed and dangerous but have a heart of gold—sometimes literally.

With stories ranging from sensual to scorching, she is published with Carina Press, Ellora’s Cave, Samhain Publishing and Sourcebooks. 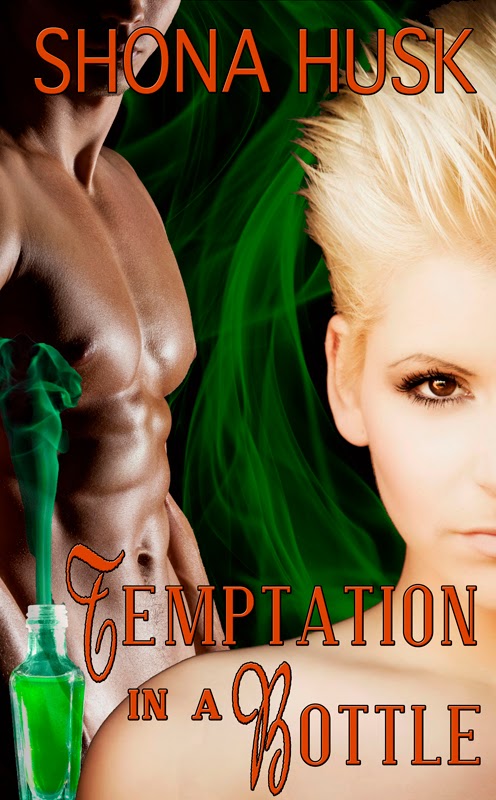 His only wish is to be free…

For centuries Gage has existed only to fulfill the most intimate desires of the woman who holds his bottle. Now Gage has a wish of his own—to be a real man and a have a real life even though he knows it’s an impossible dream. This time he plans to take his bottle and break it just to see what will happen.

Paramedic Sasha Watts has seen the damage falling in love does to people and she has no intention of being another of Cupid’s victims. She accidentally frees Gage without knowing what he is. After one kiss he walks away and she never expects to see him again, but the goddess Inanna has other ideas.

As punishment for breaking his bottle she erases Gage’s memory of everything but Sasha. Only Sasha can give him the life he longs for and only Gage can be the man she’s always dreamed of, but first she’ll have to open her heart and he’ll have to finish the job Inanna gave him. If he fails, he’ll cease to exist.

Excerpt:
Sasha glanced away before she became trapped in his beautiful wild eyes. Her heart pounded like she’d received a shot of adrenaline. Either she walked away and went home, regretting not giving him a chance, or she gave him a chance and regretted giving him the opportunity to hurt her. “You’re making this hard. I should be leaving.” The clock was ticking to the start of her shift.

He tipped her chin for another kiss. This one was almost chaste, a brush of lips that heated her blood and sent it scorching around her body at speeds that made her dizzy. She reached up for more, but he pulled away.

She caught herself before she begged for more. He was addictive. She glanced around, looking for Logan to save her, but he’d been sidetracked by Evie. Gage still held her. Without thought, her fingers traced along his jaw, his golden stubble rough on her skin. He couldn’t hurt her if she didn’t let him. Sex was easy; lust was good. Love was for idiots who believed in happily-ever-afters.

Yet she wanted more than one night. She wanted to know who he was. Could she find out without her heart getting trampled?

“What do you do, Gage, when you’re not riding mechanical bulls and chatting up girls at a party?”

He blinked as if surprised. “I do most of the running around on the farm.”

Sasha gave him another once-over, taking in his boots, jeans and shirt and the hint of a silver chain around neck. “What type of farm?”

“You’re a real cowboy?” Of all the men she could’ve kissed at the party, she’d picked him, as if she’d known there was something different and he didn’t belong.

“Yes, ma’am.”
A little shimmer of attraction ran down her back. But she wasn’t going to let him off that easy. “How come you’re in the city?”

“I had a few things to do. And what do you do when you’re not talking to strange men?”

“Paramedic. I have an early start tomorrow.”

“And you’re brushing me off.” He gave her a rueful smile.

Was she? He’d be gone in a few days. What did it matter what she did with him? Maybe they should complete his dare. Her skin warmed at the thought of getting naked with Gage. It had been a long time since a man had sparked this much interest, and he wouldn’t be hanging around. He had a time limit. Neither of them would have the chance to get too involved. He was her idea of a perfect date, yet she was standing here, gazing into his eyes instead of getting in his jeans. What was stopping her?

“I’m wondering how far you want to take that dare,” she finally said.

His eyes narrowed a fraction. “What do you mean?”

“We could find somewhere quieter…” She held her breath. Was she being too forward?

“Where did you have in mind?” Gage took her hand and kissed her knuckles.

Sasha let out a sigh, while lust danced through her blood. She hadn’t planned on finding anyone tonight, but Gage was making it hard to think. Being alone with him seemed like a really good idea. Lust and excitement mixed with nerves that weren’t usually there. For half a second she didn’t want to be his easy city girl. But that was who she was…but not who she’d be when she moved.

“This music is giving me a headache.” A smile graced his lips.

Was he playing, knowing she’d jump to the wrong conclusion? Well, she could play too. Her mind skipped through the possibilities. The music filled the house and the back yard. She wanted something a little private…but not too private. “I know just the place.” She took Gage’s hand and led him into the house, through the mass of bodies singing into a karaoke game and down the hallway at the front of the house.

She opened the door that led into Evie’s study. The modem blinked at her, but the computer was off. She drew Gage in, and he gave the door a nudge so it almost closed. The sliver of light cast the room in shadows that pulsed with the music, but the edge was gone and they could speak in soft tones.

“I think so.” He pulled her into his arms. “I can actually hear you.”

“What were you doing before, lip-reading?”

“You do have lovely lips.” He brushed his mouth over hers in a kiss that was a promise of what could happen if she wanted it to go further.

My thoughts:
This was my first genie in a bottle story and I loved it.  Although it's a short and fast read, the story is compelling and the characters wonderful.  I enjoyed every word.  There is a bit of role reversal, traditionally it's the man looking for the one night stand.  It was refreshing to find Gage struggle to be more than that.  It's a read in one sitting kind of story and I hope there is more to come.

a Rafflecopter giveaway
Posted by Beverly at 4:30 AM 0 comments