YA Fantasy Spotlight ~ The Sentinel by Holly Martin (on sale for $0.99) 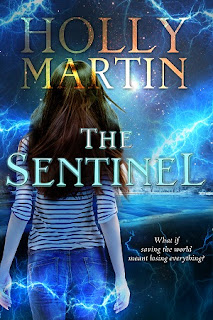 When Eve is rescued from a horrific coach crash by her teachers, she is shocked to discover they possess super strength and speed. But what happens next is even more harrowing.
In the aftermath of the crash she discovers that everyone in her life from neighbours, doctors, dentists, teachers, shop keepers and even her family and friends are actually super strength Guardians sent to protect her. They all have one thing in common, a single minded ferocity that she must be kept alive at all costs.

However, she is surrounded by secrets and lies. Those in the know deny all knowledge of what happened that fateful night. Everyone else carries on as normal, seemingly unaware of the new strange world that she has stumbled against.

With the help of Seth, her best friend, Eve discovers the prophecies surrounding her true identity and the super strength she too holds. With her Guardians pledged to protect her, her closest friends ready to die for her, her own hopes and dreams are put on hold whilst she battles to control the amazing powers she has been bestowed with.

But those that seek to destroy her move ever closer. Will the Guardians be enough to protect her when so many are prepared to stop at nothing to see her dead? And will she be strong enough to fulfil her destiny when the time comes? 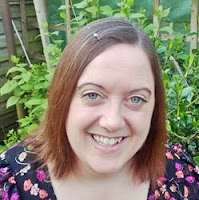 I live in sunny Bedfordshire in a house with round windows. I studied media at university which led to a very glitzy career as a hotel receptionist followed by a even more glamorous two years working in a bank. The moment that one of my colleagues received the much coveted carriage clock for fifteen years service was the moment when I knew I had to escape. I quit my job and returned to university to train to be a teacher. Three years later, I emerged wide eyed and terrified that I now had responsibility for the development of thirty young minds. I taught for four years before History Off The Page came to my school to do a Tudor day. I now drive round the country in my little white van, dressing up as a Viking one day and an Egyptian High Priestess the next.

I love to write. The characters do exactly what I want them to do, most of the time. Sometimes they do seem to go off and do their own thing without my permission. It is complete escapism into a world where I have full control.

I've been writing for four years now, every spare second I have, I'm scribbling ideas in a notebook or typing a scene on my laptop. I have written three romantic fiction books. Changing Casanova and The Chainsaw Masquerade were recently shortlisted for the Festival of Romance New Talent Award. My short story, One Hundred Proposals, won the Belinda Jones Travel Club short story competition and was published in the Sunlounger anthology.

The Sentinel is my first published novel.

Purchase The Sentinel on Amazon
Posted by Beverly at 1:00 PM 0 comments

Review: No Shelter from Darkness by Mark D. Evans

Amazon Product Description:
“Her hands began to shake as she looked down wide-eyed at the blood-soaked cotton that covered her.”

London emerges from the Blitz, and every corner of the city bears the scars. In the East End—a corner fairing worse than most—thirteen year-old Beth Wade endures this new way of life with her adoptive family. She also suffers the prejudice against her appearance, an abiding loneliness and now the trials of adolescence. But with this new burden comes a persisting fatigue and an unquenchable thirst that ultimately steals her into unconsciousness . . .

What happens next is the start of something Beth will fear more than the war itself.

She begins to change in ways that can’t be explained by her coming-of-age, none more frightening than her need to consume blood. The family who took her in and the former best friend who’s taken refuge in their house can never know.

Aware of the danger she poses to everyone around her, Beth has never felt more alone.

But someone else knows Beth’s secret . . . someone who understands just how different she really is. He alone can decrypt her past and explain her future. But he’s been sworn to destroy her kind, and as Beth grows ever more dangerous, he’s forced to take sides.

Can Beth keep all of the secrets? Can she trust a man sworn to kill her?

And can she stop the vampire within from taking her humanity?

(I received this book, from the author/tour presenter, at no cost in exchange for an honest review and participation in the blog tour).

My thoughts:
This is a fascinating story with a new spin on vampires.  The characters are realistic and fit the story and it's setting.  The setting is carefully detailed and pulls the reader into both the war and the lives of the people living through it.  The writing is vivid and you can all but hear the air raid sirens while the characters flee to shelters hoping to survive.  Beth is waging a war all her own within a world of chaos as she changes and becomes what she believes to be a monster.  Her struggle with her inner demon and her own personal beliefs is incredible.  Her father's battle with the same is also heart-wrenching.  Beth and Mary's strained friendship is yet one more battle to overcome.  The story is filled with torment and hope.  I finished the story feeling pleased with the outcome of so much, and yet wondering what will come with the next book - who is the woman looking for Beth, and what will her finding bring?
This is a historical fiction with vampires and a vampire hunters league - it is well worth a read, be sure to check this one out.