Review: Skipping Stones at the Center of the Earth by Andy Hueller

Skipping Stones at the Center of the Earth by Andy Hueller

Amazon Product Description:
Calvin Comet Cobble lives at Hidden Shores Orphanage. Location: the very center of the earth. Cal's life is full of the school bully and mean teachers, but when he meets Mr. E, who can skip a stone clear across Lake Arctic, everything about Cal's life changes. Told with wit and charm, Skipping Stones at the Center of the Earth is guaranteed to excite and inspire readers of all ages.


My thoughts:
This is an interesting story set in a most unusual place!  The center of the Earth!  What a creative mind to have built such a setting.  The author leaves the reader the opportunity to easily see and feel the similarities and differences between people (good and evil sides of them) and the world he has created for the orphans and prisoners in the center of the Earth.
The characters are brought to life by careful descriptions.  Mr. E - of course - is my favorite character, besides Bernie and Cal.  The orphanage and it's teachers and staff are given terrible personalities and totally dishonorable human traits.  Such unfortunate situations for children, so much hardness and sorrow.  The bright spot being Mr. E and his skipping stones.
The characters are courageous and I found myself cheering, holding my breath, being outraged at their treatment, and hoping.  Cal and Bernie find a friend in each other and a true friend in Mr. E.  It is here in the story where you will see the true measure of determination.  The story leans towards deep meaning and gives the reader the opportunity to find their own story within the tale.
Posted by Beverly at 8:07 PM 1 comments 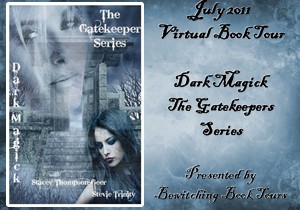