What am I reading?  The Ways of Khrem by D. Nathan Hilliard 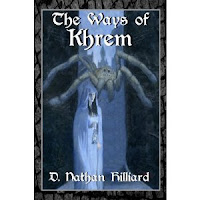 The Ways of Khrem, D. Nathan Hilliard's debut single-author collection, features three interconnected novellas: The Reach of Talanturos, The Cistern, & The Ghost of Candlewalk Lane. Cargill the Bookseller lives a quiet life, in a modest house, overlooking the vast city of Khrem...a magical metropolis of cavernous streets, lofty spires, and dark secrets. His life is turned upside down when Captain Wilhelm Drayton of the City Watch arrives at Cargill's doorstep and confronts him with his criminal past. Now Cargill must assist the Captain in solving mysteries in a city where the villain may not even be human, bringing all of his skills to bear as he finds himself at odds with gods, monsters, and psychopaths alike.

What did I just finish reading?  Adversary by Kate Kaynak 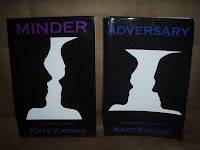 Amazon Product Description:
The second book of the Ganzfield series. Things are more dangerous than they seem at Ganzfield, and not everyone will survive. Does Maddie have what it takes? See what happens next in the sequel to Minder.


****I am totally in LOVE with this series - check out my reviews for both Minder and Adversary!  I have already pre-ordered #3!


What am I reading next?  From the Dead by John Herrick A preacher's son, a father in hiding, a guilty heart filled with secrets: When Jesse Barlow escaped to Hollywood, he hungered for fame--but eleven years of failure result in a drug-induced suicide attempt. Revived at death's doorstep, Jesse returns to his Ohio hometown to make amends with his preacher father, a former love, and Jesse's own secret son. But Jesse's renewed commitment becomes a baptism by fire when his son's advanced illness calls for a sacrifice--one that could cost Jesse the very life he regained. A story of mercy, hope, and second chances, From The Dead captures the human spirit with tragedy and joy. 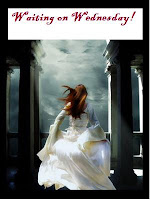 What am I waiting for?  Time to read all the books I have been soooooooo busy buying!
Okay, of course I am also waiting for more books - the one that comes to mind first is: 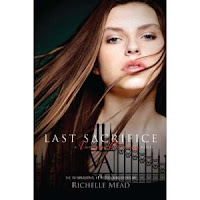