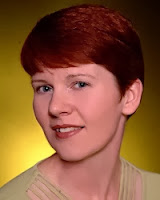 My Thoughts:
Fantastic love story.  Reading this tale brings loss and life into a different light.  I found myself marveling at the ability of the author to create so much intensity in a short story.  Although the characters are paramount, and I fell for them fast, the pull to turn the page and find out more was what got me the most.  Secret Santa is well written and compelling.
Posted by Beverly at 5:00 AM 2 comments