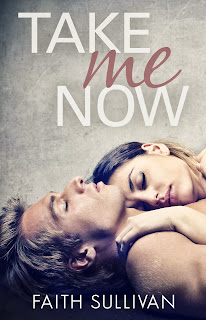 Amazon Product Description:
How do you survive the internship from hell?
Don't fall in love.
Ivy thought being a reporter-in-training at the Independent Gazette would be her dream summer job. Little did she know, interviewing Eric, a landscaper with a heart of gold, would derail her plans. It turns out Ivy's boss, Lauren, has been eying his chiseled physique for quite some time.
But at twenty-four, Eric already has a tragic past, one that he is still reeling from. Even though his ordeal turned him into some sort of local celebrity, it's been a while since he's shared his bed with anyone. When he comes to Ivy's rescue out of the blue, it's not long before the two of them start seeing each other behind Lauren's back. When they get caught, Ivy's journey toward a college degree is jeopardized and her relationship with Eric is severely put to the test.
Career versus love? In the end, a shocking turn of events provides Ivy with a revelation she never saw coming.

My thoughts:
Drama, drama, drama.  This story is filled with emotional drama.  The characters are somewhat realistic, but fairly over the top.  Ivy seems like a solid character, but shows some grossly codependent behaviors.  Eric is the new love interest and Will is the old love interest.  Ryan is an old friend of Ivy's, but secretly wants their relationship to be more intimate.  Lauren is Ivy's boss an she is a horrible person - the author has outdone herself in building Lauren's character, I disliked her greatly upon her introduction.  Will is a self-centered, all-about-me creep who appears to be Lauren's equal when it comes to being a crappy person, using people as pawns to climb the ladder of success.  Ryan is Lauren's brother and like his sister Lauren, he is manipulative and shallow.

The author is creative and clever.  She has woven a twisted plot of deceit and despair, rolled together with hope and love.  There is no way I could have ever created the crazy scenarios that play out in the lives of Ivy, Eric, Ryan, Will and Lauren.  The relationships move fast. This is a new spin on the idea of love triangle - love pentagon - it even has politics, somewhat.  The end brings the story full circle and was not unexpected.
Posted by Beverly at 5:00 AM 0 comments