Review: Of Poseidon by Anna Banks 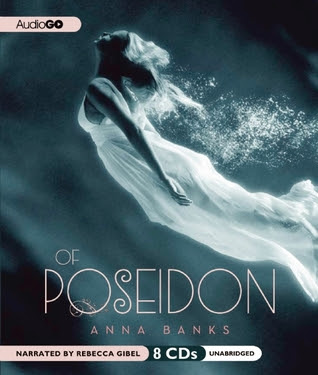 Emma and her friend Chloe are spending vacation in Florida. When Emma (literally) runs into a hot guy named Galen on the beach, little does she know he’s a prince of the Syrena. Galen and Emma both feel something strange––is it attraction?––and Galen suspects that Emma might well be the girl he’s heard of––a human who can communicate with fish. What follows is a deadly scene with a shark in which Galen witnesses Emma’s gifts. He must know more about her, and follows her back to New Jersey, and high school, to find out for sure if she’s the key to saving his kingdom. Soon, Emma can’t deny her feelings for him, but can’t explain them, either––and both she and Galen must learn more about where she comes from and what her powers are before they can trust one another and their feelings. Told from both Emma and Galen’s points of view, here is a fish–out–of–water story that sparkles with intrigue, humor, and waves of romance.


My thoughts:
This book was wonderful. There were moments when the characters were just a little too much - but it's YA and so that will happen. In reality, I enjoyed the characters a great deal.
These characters are awash with emotions and the difficulty of both coming to terms with and coping with the those emotions and the other people involved.   The story is original and interesting. I have not read many mer-folk books and was thrilled with this one. The question of how Emma came to be where she was and who she was is fantastic. All of the characters, however small their part is, are well planned out and fully developed. I thought I had the lineage figured out from the go and then part way through decided I was wrong - but then it changed again... kept me listening and entertained for hours. Well worth the read - can't wait for the next book!
Posted by Beverly at 5:00 AM 0 comments