This blog tour is presented by Bewitching Book Tours.
Click HERE to see the tour schedule.
Welcome to The Wormhole and my day on the tour.
It is my pleasure to feature Moira Keith and book one of the Moonlight Trilogy: Blood and Moonlight. 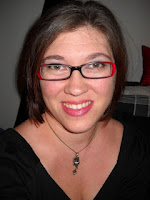 Moira has joined us for an interview:


? How many jobs did you have before you became a writer?
About seven I think, and they range from Sizzler hostess to banking.

? How long does it take you to write a book?
It really depends on the book. My first book I wrote and contracted within six months. Blood and Moonlight took me about a year and a half to two years due to life interferences.

? Do you have a routine that you use to get into the right frame of mind to write?
Not really. As a single mom, I have to take advantage of every spare moment available for writing, so there isn't typically time for routines to set myself in the mood to write. I just have to seize the time and run with, sometimes on very little notice.
? Where do you get your ideas or inspiration for your characters?
Some of it comes from the people I'm closest with. Reese from Blood and Moonlight is a prime example of that. She is a culmination of all the friends that I'm close with and hold dear. The type of friend who has a smart response (sometimes when you least want it), is there to back you up, and is always trying to push you to reach for more than you think you are capable of.

? How do you decide what you want to write about?
Usually the idea comes to me and I either run with it because it is fully formed, or I have to let it stew for a while. The ones that seem fully formed are usually the first I focus on. The others end up on the back burner until they start to build into something more tangible for me.

? What are you reading right now?
Currently, I'm reading two very different books, a romance by Selena Robbins called What a Girl Wants, and a gothic thriller by Brian Ruckley called Edinburgh Dead.

? What do you like to do when you are not writing?
Bake cupcakes, watch stand-up comedy or catch up on shows like Dexter and the Walking Dead, hang with my family and friends, and cook with my dad.

? What is your favorite comfort food?
My mom's homemade chicken enchiladas. I can never get enough of them and they are something she doesn't make often.

? What do you think makes a good story?
Characters that a reader can see a bit of themselves in or that you can connect with on some level. I find that you can have the best story in the world, but if your characters can't touch your readers on some level, then the story falls short.

? Who would you consider your favorite author and why?
Vicki Pettersson hands down, holds that coveted spot for me at the moment. First off I think her stories are unique and completely engaging. Second the way she interacts with her fans. I love an author who actually responds to comments made by those who support their work.

More About the Author:     Moira Keith has a penchant for men in kilts, is a lover of shoes, Celtic mythology, connoisseur of Guinness, baker of cupcakes and overall complete mess! As an author of paranormal, urban fantasy and contemporary romance, Moira writes stories that are often filled with the magic of love and the mayhem that ensues, threatening to keep her couples apart.
Currently, Moira resides in Las Vegas with her twin zombie sons, their beta fish, and a turtle.
Website – Blog – Facebook – Twitter – Goodreads –

Blood and Moonlight: Book One of the Moonlight Trilogy
by Moira Keith
Though she shares the bloodlines of both Fae and Wolf, Kiara Morrigan O’Conaill refuses to claim her place in the Fae courts or submit to the animal within. Witnessing the murder of her Fae mother two years ago drives her back into those worlds, to search for answers and revenge.Devlin McClure lives for one thing—the Pack. When their leader, the Cadeyrn, disappears, desperation sends Devlin to the last person he should be asking for help—the Cadeyrn’s estranged daughter, Kiara.Kiara and Devlin are drawn to each other by fate and destined to embrace the very thing that threatens to rip their worlds apart. Now, Kiara will have to decide which is stronger, blood or moonlight?
Excerpt:

My thoughts:
What a wonderful story!  I enjoyed every page.  Moira Keith's story is unique, original and creative.  She has created fantastic characters and set them in a world of intrigue and deception.  I loved the fae/wolf bloodline heritage of Kiara and all that went along with it.  Kiara is a strong heroine who pales only by comparison to her counterpart Devlin.  He is the kind of man we are all looking for.
All of the characters have been created with personalities and characteristics that make them easy to invest in and leave the reader wishing there were "real" people who could compare.  The exception of this of course are the "bad" guys; equally well-developed and as easy to dislike.
We are taken on a roller coaster of emotion as Kiara strives to figure out her place, her family, her future, her past, and her destiny - all while battling herself and her mixed blood and fearing who to trust.
Artfully written, engaging and entertaining.  A must read - I can't wait for the rest of the trilogy!

Tour giveaway
10 ebook copies of Blood and Moonlight and one $25 giftcard to Amazon.


a Rafflecopter giveaway
Posted by Beverly at 5:00 AM 0 comments