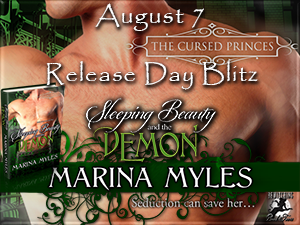 Welcome to The Wormhole and my stop on the blitz.
It is my pleasure to feature Marina Myles and her newest book, Sleeping Beauty and the Demon. 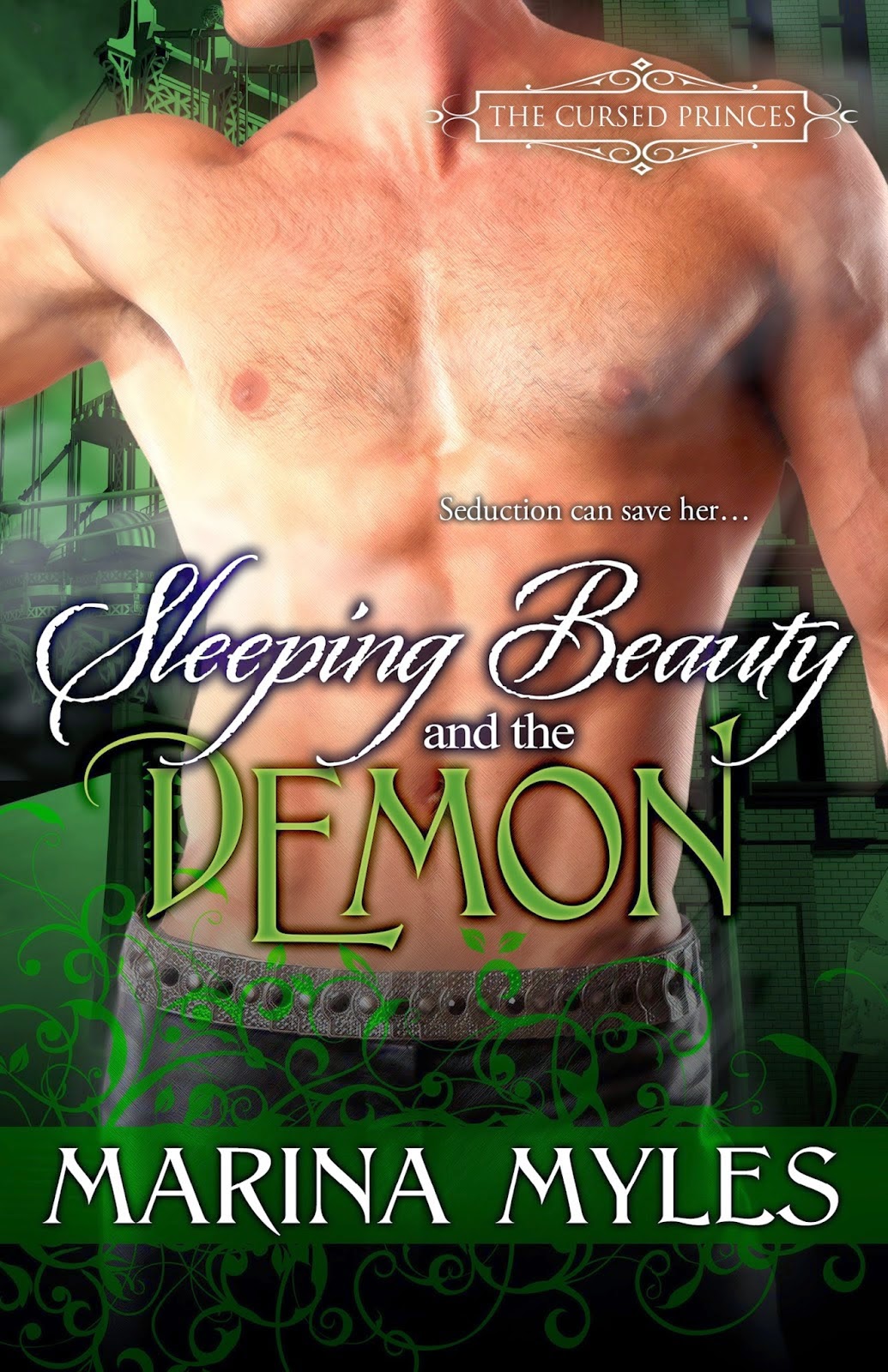 Dragomir Starkov poses as an illusionist, a showman performing tricks, his Romanian accent and dark good looks all just a part of the drama. That’s how Rose Carlisle first sees him. She’s a respectable girl—she wouldn’t accept witchy birthday gifts from a demon.

But the hustle and bustle of 1912 New York City offers plenty of ways to slip around the strict old rules of propriety. A good thing, too, because once Rose meets Drago, she no longer cares about being respectable.

But the only illusion in Drago’s act is that his magic is smoke and mirrors. Every word of power he speaks is as real as Rose before him, in thrall to his lust and adoration. Drago knows about Rose’s curse, that she will die on her next birthday.

But the shadowy threat that stalks her hasn’t won her yet. If she can trust him, perhaps he can save her too…

About the Author:
Marina Myles’s love of books began as soon as she read her first fairy tale. During her college days, she received degrees in English Literature and Communications—and enjoyed the unique experience of being a Dallas Cowboys Cheerleader.

Now that she lives under the sunny skies of Arizona, she hasn’t left her glamorous life behind completely. After all, she gets to divide her time between her loving family, her loyal Maltese, and worlds filled with fiery—but not easily attained—love affairs.

Rose’s hand closed around the item the handsome magician had placed in her palm. The curtain closed with a dramatic whoosh—and as she stumbled up the aisle, she unfurled her hand and stared at the object. It was a beautiful amulet that bore a silver chain and mysterious Egyptian engravings.
Posted by Beverly at 5:00 AM 0 comments