Welcome to The Wormhole ~ today it is my pleasure to feature an interview with Serafima Bogomolova, author of My Trickster. 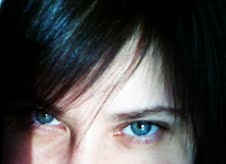 
As far as I remember I have always been interested in writing.  I cannot recall a precise moment in time when I realized I want to be a writer. Deep in my heart I have always known that. It is just that until recently I was not ready to properly acknowledge my own talent and share my writings with wide audience. But now I do, and that is why I have written my debut novel, 'My Trickster'.

? How many jobs did you have before you became a writer?
One can say I had had a colourful career before I became writer, but all of my jobs or preoccupations were somehow connected to working with words and written publications. I have been a Russian and English language teacher and translator in Helsinki, a Marketing/Distribution Director for a start up magazine publishing company in London, a Publisher of a cigar magazine in Moscow, and I also launched and published my own digital magazine, Avantoure - Life is a Game!

? How long does it take you to write a book?
Since I have had an experience of writing just one book, my debut novel My Trickster, I'll base my answer on that experience. It took me less than a year to write the book. I think it could have been faster, if it was not for some unforeseen obstacles connected to life itself.

? What would you say is your most interesting writing quirk?
I'd say my most interesting writing quirk is the way I work with words. I use words to paint images/pictures for readers to experience. My writing is sensual in a way that I engage reader's senses and I'm able to show rather than describe. This creates a very distinct cinematographic feel or as one of the reviewers noted a 'classic movie feel'.

? Where do you get your ideas or inspiration for your characters?
I get all of my ideas from my own life and experiences, as well as people I've dealt or deal with. So far, I have been lucky in coming across some real life characters that provided a wealth of material for my debut novel. While writing, I really needed do very little in terms of character tweaking, as they were so complete and perfect that all I did is taking them and placing into my story.

? How do you decide what you want to write about?
I do not decide, I get prompted to write a story. Again, in my case real life serves as a source of all my inspirations providing encounters or clues to what to write about next.  But that, of course, can change, as life itself is a constant change. So, I never cling to an idea in its virgin form. I take it and mould it as I go.

? What books have most influenced your life?
At different stages of my life I was drawn to and influenced by different books. For example, in my teens I was very much into romanticism of Russian classics such as Turgenev and Pushkin. Later, I was into J. D. Salinger, Somerset Moem, and John Updike. At some point in my life I was crazy about Iris Murdoch and her mysterious, twisted novels.  And recently, I have discovered such wonderful female writers as Erica Jong, Tove Jansson, Julia Cameron, Barbara Pym, Stella Gibbons...

? What are you reading right now?
Right now I am finishing 'Lucia in London' by E. F. Benson; it's a novel set in 1920s London in socialites circles and depicts many quirky characters with the main being Lucia, a real personality and a cunning woman.

? What is your favorite comfort food?
I do not have favourite comfort food. I eat when I am hungry and never to comfort myself. I love all food, and enjoy dining with my friends and relatives, and love to have breakfasts in hotels: there is such a variety of food on offer there.

? What do you think makes a good story?
To my mind a good story is a story that is told in an entertaining way. The one that captures your imagination, grasp your attention, and does not let you go even after you turn the last page and reach the end of it. Well, I think the storyteller is the one who makes a story a good one. He/she is the one who is able to draw unique characters and paint an enticing picture for the reader...

? Who would you consider your favorite author and why?
My favorite Russian author is Anton Chekhov, one of the greatest writers of short stories in history. He used to say: 'Brevity is the sister of talent.' And my favorite English author is John Fowles, a master of mystification in modern literature.

More about the author:
Born in a romantic and poetic city of St Petersburg, Russia, Serafima Bogomolova has travelled a lot and lived in different countries and cities, but the dynamics and urban cultures of London, New York, Moscow, and Dubai attract her most.
Serafima was greatly inspired and influenced by Russian and English classics. Her favorite Russian author is Anton Chehov, one of the greatest writers of short stories in history. He used to say: 'Brevity is the sister of talent.' And her favorite English author is John Fowles, a master of mystification in modern literature.
Serafima's own writing journey started in October 2010 in New York where a certain sequence of events and meetings helped her ecognize her talent. In fiction, and also in real life, she is drawn to thrillers and stories with a twist; they entertain her mind and add a touch of exhilaration to her own life that is in itself a life-long, mind-twisting novel. 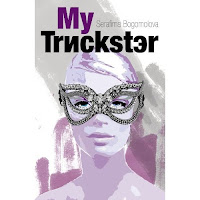 My Trickster by Serafima Bogomolova

Amazon Product Description:
When enigmatic Angela Moreaux, a woman he thought he had exorcised from his brain, calls and asks for his help, reluctant, but unable to resist, a hedge fund owner and an expert in stock market manipulation, Juan MacBride flies out to Moscow. On his arrival a bitter disappointment awaits him as he finds out that Angela fails to show up for their meeting in the Ritz. Instead, Juan is greeted by an elderly Swiss gentleman, who passes a mysterious note to him embarking Juan on a journey of discoveries that he wishes he never made...


Please stop back on February 10 to see my review!