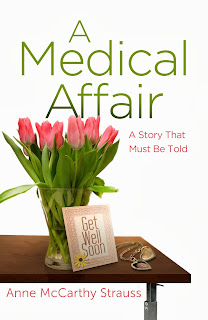 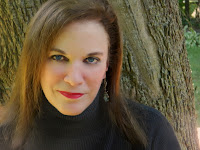 ? How many jobs did you have before you became a writer?
I’ve had about seven public relations jobs.  I still have one.  But all I ever wanted to do was to write novels.

? How long does it take you to write a book?
That depends on so many factors – whether or not I have a job, how much research has to be done, how inspired I am by the subject matter, and whether I have the time.  It took about five years to write A Medical Affair, half of which was researching.

? What would you say is your most interesting writing quirk?
I write down every good line I think of it when I think of it.  I may be driving, it may be the middle of the night – or worse.

? Where do you get your ideas or inspiration for your characters?
My characters are often a conglomeration of people I know, people I see or read about, and pure imagination.

? How do you decide what you want to write about?
I am fortunate to have an immunity to writer’s block.  Ideas come to me like waves to the shore.

? What books have most influenced your life?
Years ago, I was addicted to self-help books. Robin Norward's Women Who Love Too Much touched my soul and let me allow myself to live the life I'm living.

? What do you like to do when you are not writing?
Read, hike, hang out in bookstores.

? Who would you consider your favorite author and why?
Anita Shreve is my favorite contemporary author.  She can write with conviction about a wide variety of things in all imaginable places.  Her books are filled with keenly developed characters and locales.  They are definitely not cookie cutter.

More About Anne
Anne McCarthy Strauss is a versatile writer, researcher and public relations
professional.  She is also an avid supporter of victims’ rights.  She has
spent the last decade educating women and men on the seldom revealed but all
too frequent occurrence of affairs between doctors and their patients.  Her
novel, A Medical Affair, is the story of a doctor who violates a sacred
trust by having an affair with one of his patients.
A lifelong New Yorker, Anne lives on Long Island with her husband and their
two Cavalier King Charles Spaniels.  The mother of one son, she has written
for both consumer and trade magazines including Old House Journal,
Waterfront Home & Design, Design Trade Magazine, Design New England,
Distinction, Log Home Design Ideas and Florida Design Review.  She has been
a regular contributor to Martha’s Vineyard Magazine and Vineyard Style.  She
is a member of the American Society of Journalists and Authors (ASJA).
Visit her at www.annestauss.com
Posted by Beverly at 10:40 AM 0 comments

Amazon Book Description:
Oksanya suffers from Muscular Dystrophy. Or did, until an operation cured her. This operation, called the Isis operation, is listed as a miracle cure. It can cure cancer, genetic disorders, and extend human abilities beyond their natural limits. Oksanya was cured by having the corrupted genes replaced by the genes of a cheetah. It gave her the cure she was looking for, and developed
the ability to run faster than anyone else in the world.
However, society is drawing a line. Either this is the miracle cure we have been waiting for, or it is the latest toolbox for criminals. And Oksanya is caught in the crossfire.

Tony Graff has stopped by for an interview:

Well... I've always had a thing for stories. In high school I was so in love with graphic novels that I thought I'd be writing/drawing those for a living. But, when it came time to do research and do character designs for Juniper Crescent, I wasn't satisfied with my drawings of the protagonist, Oksanya. After a whole failed evening of trying to draw her, I finally gave up and posted what I had done as far as research online. Some kind friends suggested I try and write it instead of making it a graphic novel. I think that was the real point that I wanted to be a writer.

 How many jobs did you have before you became a writer?
Several, I'm embarrassed to say. I've repaired watches, been a lifeguard, worked at a movie theater set up displays at Target and Victoria's Secret, and served teriyaki chicken at a restaurant where the owner didn't speak English well. Currently, I'm a full time student.
 How long does it take you to write a book?
A year has been the average. It took eight months to write the first draft of Juniper Crescent, but more recently it's taken a month to write the first draft of my current writing endeavor, Warscribe.
 What would you say is your most interesting writing quirk?
I'd say the amount and type of research I put into some of my projects. For Juniper Crescent I got hands on experience on what catnip does to a human (I don't recommend that), and for another project I did extensive tests on the use of keys as a self-defense weapon.
 Where do you get your ideas or inspiration for your characters?
When I'm looking for characters, it's everywhere. But the characters I end up liking the most are amalgamations so many different elements across what I'm reading, watching on TV, the music I'm listening to, and the trend I'm following at the time.

 How do you decide what you want to write about?
An idea just has to hit me hard enough. I wish I could say something clearer. I'm still hoping I'll find that magic equation that'll let me have great ideas. But, it's that ethereal feeling that I have to work on a particular idea over all others.

 What books have most influenced your life?
I'm no zealot, but the scriptures (Holy Bible, Book of Mormon and so forth) have been a big influence that has kept me where I can write and write well. It's taught me the structure, goal-setting, and determination I need to be able to accept what's happening at any given point.

But, as far as literature, The Divine Comedy by Dante and the Screwtape Letters by C. S. Lewis have been very inspirational. What those men did with the worlds they created are nothing short of genius.

 What are you reading right now?
My wife and I have a habit of reading out loud to each other before we go to bed. We're currently reading Harry Potter and the Goblet of Fire. I also started reading Les Miserables by Victor Hugo (research for my next book.)

 What do you like to do when you are not writing?
I enjoy gardening, drawing, crocheting, cooking, and DDR.

 What is your favorite comfort food?
Chicken Tikka. I had the pleasure of learning to cook Indian food from a dear sweet little grandmother in Canada. Couldn't speak much English, but took me through making this dish. Then I had to come back to the States and make this for myself.
 What do you think makes a good story?
Blending genres and unique characters. Take a look at a book that's only action adventure, and you'll find it reaches a select crowd. But an action adventure where they throw in comedy, and it reach not only the select crowd, but many, many more groups.
 Who would you consider your favorite author and why?
That's a difficult question... How do I choose just one? More recently, I'd have to say Brandon Sanderson. Not only because he was the one who finished the legendery Wheel of Time series, but because of a lesser known series called “Alcatraz Versus the Evil Librarians.” There's a lot of humor and an overall feeling of this-author-got-to-do-whatever-he-wantedness.

• dogs or cats?
Dogs. They're affectionate by default. Many of the cats I've met look down upon me like I'm only there to serve them.

• Coffee or tea?
Herbal tea. It does wonders (Try adding a few to your next pot of rice. It's fantastic)

• Rocks or flowers?
Flowers. Many of them are edible. Don't try eating a rock.

• Night or day?
Day. There's sunshine... and I'm a morning person, despite my best efforts to sleep in.

• Favorite color?
That darkish forest green when you see a forest at dusk. I'm looking at Crayola to make it a real color

• Crayons or markers?
Crayons. Keeps the inner child alive. It's harder to worry about big adult problems lying on the floor with a coloring book.

• Pens or pencils?
I write in pen. That was after losing a whole notebook of ideas when the pages smudged.
Posted by Beverly at 5:00 AM 0 comments