This virtual book tour is presented by A Book Obsession.
Click HERE for more tour information.
Welcome to The Wormhole and my stop on the tour.
It is my pleasure to spotlight:
Brian Freyermuth and Demon Dance.

Since 1994, Brian Freyermuth has designed and wrote for bestselling video games such as the award winning Fallout, Star Trek: Starfleet Academy and WGA Award Nominee Disney Epic Mickey 2: The Power of Two.  In July of 2011 he participated in a panel discussion at the San Diego Comicon where he explained how he helped bring a voice to Oswald the Lucky Rabbit for the first time in Disney’s history.
Brian now has added novelist to his bestselling career. In April 2013 he released a hot new urban fantasy, Demon Dance, on Kindle. After only a couple of weeks it reached number 13 on Amazon’s Bestseller Rank for Kindle Urban Fantasy eBooks.
Since the days of the Commodore 64, Brian spent his youth writing novels or playing games. Writing has always been a passion for him, whether it was entertaining his teachers with his short stories, creating elaborate characters for the role playing games he played with his friends, or creating screenplays for the home movies he made for his class projects. He earned a B.A. from the University of California Irvine in Comparative Literature which he uses in both writing for games as well as crafting his novels.
Today, Brian leads a content team at Xaviant as they create an exciting new game, Lichdom: Redeemer, scheduled for release in the summer of 2014. When he’s not at his computer working on the sequel to Demon Dance, you can find him exploring the wilderness of Georgia with his wife, Juliet, and their son.
For more information about the projects Brian has worked on and new projects, visit http://www.middark.com.
Email:  brian@middark.com
Facebook:  https://www.facebook.com/bfreyermuthofficial
Twitter:  https://twitter.com/BrianFreyermuth
Website:  http://www.middark.com/
Goodreads:  http://www.goodreads.com/author/show/7066403.Brian_Freyermuth/blog
Interviews and Articles:  http://www.middark.com/middark_links.html

You can run all you want, but the game's in your blood. And blood never forgets…

Nick St. James was born different. His extraordinary gifts have saved him time and time again, but they couldn't save the one thing he loved most: his wife.

Now he just wants to forget his old life, but more importantly, he wants to forget the magical underworld that lives beneath the "real" world. A place where a man's faith can determine the very fabric of reality. Where ancient forgotten gods walk hidden among us, and angels and demons fight for our very souls.

But nothing stays hidden forever. Nick's peaceful world is ripped apart when a demon slaughters his ex-partner and marks him for death. Now he must use all his gifts to find the one who summoned the nightmarish creature, but more importantly, he needs to find the one thing he lost long ago.

Excerpt:
“I came here,” I told the cat, “to get away from my life. Why did it have to find me?”
The cat’s emerald eyes sparkled with silent laughter. He seemed to know how stupid that sounded, and a thin, brittle smile came to my lips.
“You think I’m an idiot, huh?” I asked. The cat responded with a sharp meow. “Well, so do I.”
I sat up and stretched my neck. “I’m an idiot for throwing the glass,” I told him. “That was some premium  Tennessee whiskey.”
The cat meowed again. “As for you,” I said, “you need a name.” The animal wore a dark blue collar I had missed when he came in. There wasn’t an ID, but the strip of cloth had a word printed on the front: Walker.
“OK,” I said, “Walker it is.” I scratched the cat behind his ears, and a rumbling purr vibrated my fingers.
Suddenly Walker’s ears perked up and he sprang from the bed. The hairs on my arms stood to attention, and I swung my legs over the side. My eyes searched the room, seeking a sign in the afternoon gloom of what was crawling across my senses.
That’s when the phone rang. “The Hall of the Mountain King,” made up of singular electronic notes, echoed through the apartment. I leaped out of bed and stood at the edge of the protective circle. The melody repeated itself three times and went silent.
I stood there at the edge of the circle, my heart racing. I strained to hear any movement, and my nose searched for a hint of sulfur. Nothing looked out of the ordinary.
The song blasted the silence again, the tones as simple as a child’s keyboard. With a deep breath, I stepped out of the circle and crept toward the bedroom door. Sensing nothing, I walked into the living room.
The cell phone became silent again, but only for a moment. I managed to snag it on the last ring with an annoyed, “Hello?” Away from the circle I was vulnerable, and I turned to go back to the bed, but the fearful breathing on the other end of the line stopped me.
“Nick?” Caitlin called, as if from a long tunnel. Static overpowered her voice, like energy on a high-voltage wire.
“Cate? I can barely hear you.”
“Nick! Thank God. I need your help!”
I sighed. I came away from my protection for this? “Look, Cate,” I said as I walked back into the bedroom and toward the circle, “we talked about this. You know my—”
“Just shut up and listen!” she yelled. I stopped again as a roaring filled the phone. Screams pierced the background. “I’m in a penthouse at One-Fifty-Five Second Street. Downtown. Get your ass down here!”
“Cate, I—”
“Please, Nick!” Gunshots cracked the phone. “Jesus, the thing has no eyes, how can it see—”
The line went dead.

a Rafflecopter giveaway
Posted by Beverly at 6:30 AM 0 comments 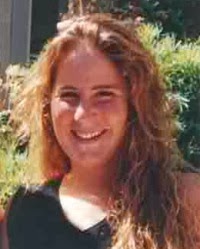 Melissa has stopped by for an interview:
When did you first realize you wanted to be a writer?
In 2007 when my favorite author passed away.  Since 2004, I had been writing notes for a story I wanted to do, but after my favorite author passed, that’s when I started.  It was in September of 2007.
How many jobs did you have before you became a writer?
Many.  I still have my day job as a software engineer.  Writing is a hobby.
What would you say is your most interesting writing quirk?
I don’t write in chronological order.  I write when a scene forms in my mind.  It could be a scene from the end of the story or the beginning.
Where do you get your ideas or inspiration for your characters?
Sometimes from dreams.  Sometimes from when I’m listening to music.  Other times, I have no idea where they come from.
How do you decide what you want to write about?
I don’t really.  The stories just come to me at weird times.  When I’m driving in my car and listening to music.  Or when I wake up and remember a dream.  Or sometimes when I’m watching a movie or reading a book, a character or a scene will pop in my head.  That’s when I start writing.  Sometimes I don’t even know the whole story when I begin writing the scene or where the scene fits into the novel.  The story kind of shapes itself.
What books have most influenced your life?
The Call of the Wild by Jack London, Cannery Row by Steinbeck, Lord of the Rings by Tolkien, and Wheel of Time by Jordan.
What are you reading right now?
Dune Messiah.
What do you like to do when you are not writing?
I like to cook and listen to audiobooks with my Coonhound lying nearby hoping to get a morsel of food, which he usually does.
What is your favorite comfort food?
Soup or stew on a snowy night.

What do you think makes a good story?
Mystery, intrigue, a good plot, and good characters that have an entertaining dynamic among them.
Who would you consider your favorite author and why?
My favorite author is the author whose book I’m reading at the time.  Right now, it’s Frank Herbert.

Melissa on Twitter: https://twitter.com/melissadouthit
a Rafflecopter giveaway
Posted by Beverly at 4:30 AM 2 comments