Welcome to The Wormhole and my stop on the tour.
I am pleased to feature
Denver Acey and The Quantum Deception. 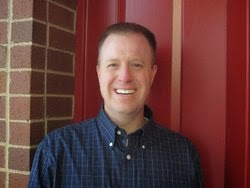 Few people understand the terrifying, yet realistic threat of computer hacking like Denver Acey. Denver has spent his entire professional career in the information technology industry where he has witnessed and even thwarted actual cybercrime. From his top-secret job working for the US government to securing computer networks at Fortune 500 companies, Denver is personally familiar with hackers and their unscrupulous activities.
But over the years, Denver has become increasingly frustrated with Hollywood's inaccurate portrayal of cybercrime. Hackers are more intelligent and more sophisticated than simple teenagers, who guzzle down Mountain Dew while playing WOW (World of Warcraft). Cybercrime is a billion-dollar business that encompasses organized crime and foreign governments. For these elite hackers, the fruits of success are iconic trademarks, innovative patents, or government secrets.
Because of his unique background, Denver decided to pen a book to dispel hacking myths while highlighting the tenacity of cybercriminals. Utilizing actual hacking concepts and scenarios he experienced firsthand, Denver illustrates -- in a simple way for even the non-techie to understand -- how vulnerable we all are to cybercrime.
Denver can be followed on Facebook, Twitter, or emailed at aceyauthor@gmail.com. He'd love to hear your comments or questions on his books. 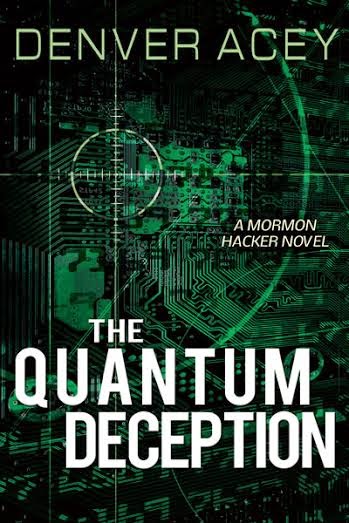 The FBI Suburban was already waiting for Tanner in the parking lot. He ran up to it just as the rear passenger door opened from the inside. Tanner jumped in and closed the door before realizing the woman sitting next to him wasn’t Agent Heywood. It was Reina, dressed in a blonde wig and wearing Sara’s clothes.

It took Tanner a moment to realize that he was being kidnapped.

Reformed cyber hacker Tanner Stone has been living a peaceful life in Utah. But all that changes when a plane mysteriously crashes into the mountains and Tanner links the “accident” to an ingenious Chinese computer virus.

Now it’s up to him to prevent that same virus from destroying the financial data of everyone in America! But with stakes so high, he’s not the only one searching for answers. And some will stop at nothing to find out what Tanner knows.

My thoughts:  Denver Acey has crafted a frighteningly realistic, well written story filled with intrigue and suspense. He has filled that story with characters which are carefully created and easy to invest in.
I found the story fast, interesting and sometimes chilling in its theme.  The plot keeps the pages turning as it twists around keeping you on the edge of your seat.
I was pleased to read a book that was so well rounded that I could offer it to anyone (a wide range of ages can read and enjoy this book).

You can buy a copy of Quantum Deception by clicking HERE. 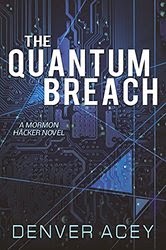 Tanner Zane is a Mormon with a secret criminal past. Nobody suspects that before his religious conversion he had hacked into thousands of computer networks across the globe. But Tanner’s guarded past is exposed when he’s kidnapped and forced to hack into an impossible target—Los Alamos National Labs. Inside is a prototype quantum computer powerful enough to crack the digital safeguards of the Internet. When Tanner learns that cyber-terrorists will use it for massive identify theft and corporate espionage around the world, he deliberately engages in an intellectual battle with his captors to prevent them from obtaining the device. The Quantum Breach makes you wonder just what you would be willing to sacrifice in order to save the world.

You can buy a copy of Quantum Breach (currently $.99) by clicking HERE. 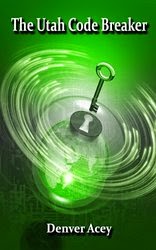 At a newly finished, top-secret data center in Salt Lake City, Utah, Tanner Stone (Zane) investigates a mystery. Working as a cyber-spy for the National Security Agency, Tanner unlocks digital secrets as they travel across the Internet. But Tanner’s recent discovery of an ingenious computer virus created by the Chinese government is beyond anything that he has seen at his covert job or in his former life as a computer hacker. When Tanner realizes the Chinese computer virus will wipe out the financial data for every person in the United States, he implements a dangerous and daunting strategy to prevent the virus from executing.