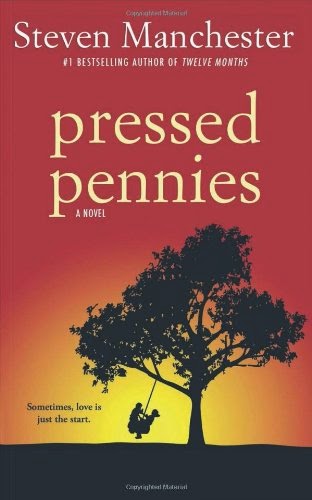 A mix of playful conversation and alcohol set the night’s happy mood. Rick was tipping his third beer at the season’s final bash when he looked up and saw her. He nearly choked on his drink. She was his age, pretty with an athletic build. She had gorgeous wavy chestnut hair with beautiful dark eyes that matched. She had a mysterious confidence about her and a smile that men would die for. Rick swore she had an aura from her head to her feet. At that moment, he thought, I have to meet her. His mind filled with questions that needed answers: Who does she know at the party? Who can I get her background from? Who can introduce us? As his mind raced, Carol walked over with the beauty. And as they got closer, it hit him. “Oh, my God!” he said.
“Rick, this is…” the friendly hostess began to introduce with a smile.
“Abby!” Rick interrupted. “I can’t believe it.” It was her. It was Abby Gerwitz, his childhood sweetheart. He searched her eyes and a thousand memories—happy childhood pictures—flooded his mind. And then he recalled the pain he’d felt on the day they were forced to say goodbye.

After an unforgettable summer, Abby and the neighborhood gang received the terrible tidings. Rick—then known as Richard—gathered the gang in his backyard. He felt ready to cry. “I’ve got some bad news, guys,” he said.
“Oh, God,” Tracy blurted.
“Yeah?” asked Vinny.
“What’s is it?” Grant asked.
Richard looked at Abby. She was frozen.
Blurb:
Rick and Abby grew up together, became best friends, and ultimately fell in love. Circumstance tore them apart in their early teens, though, and they went on to lives less idyllic than they dreamed about in those early days. Rick has had a very successful career, but his marriage flat-lined. Abby has a magical daughter, Paige, but Paige's father nearly destroyed Abby's spirit.

Now fate has thrown Rick and Abby together again. In their early thirties, they are more world-weary than they were as kids. But their relationship still shimmers, and they're hungry to make up for lost time. However, Paige, now nine, is not nearly as enthusiastic. She's very protective of the life she's made with her mother and not open to the duo becoming a trio. Meanwhile, Rick has very little experience dealing with kids and doesn't know how to handle Paige. This leaves Abby caught between the two people who matter the most to her. What happens when the life you've dreamed of remains just inches from your grasp?

Author Bio:  Steven Manchester is the author of The Rockin' Chair, as well as the #1 best seller, Twelve Months (2013 San Francisco, DIY & New England Book Festivals award winner). He is also the author of A Christmas Wish (Kindle exclusive), Goodnight, Brian (2013 Southern California Book Festival award winner), and Pressed Pennies (due out May 2014). His work has appeared on NBC's Today Show, CBS's The Early Show, CNN's American Morning and BET's Nightly News. Three of Steven's short stories were selected "101 Best" for Chicken Soup for the Soul series. When not spending time with his beautiful wife, Paula, or his four children, this Massachusetts author is promoting his works or writing. Visit: www.StevenManchester.com
http://www.StevenManchester.com
http://www.facebook.com/#!/AuthorStevenManchester

Reader Thoughts:
The first impression upon receiving this book - was the overwhelming desire to hold it and read it.  The cover is lovely, but what I found interesting is how great the cover FELT.  The book is soft - I realize that not everyone will understand this, but it feels different than other books.  Once I opened the book, my experience only improved.  The story is fantastic.
The people in the book are realistic and I found myself not wanting to put the book down.  It's one of those books you want to curl up and read cover to cover.
Posted by Beverly at 8:45 AM 0 comments