Welcome to The Wormhole and my stop for the cover reveal.
It is my pleasure to bring you: 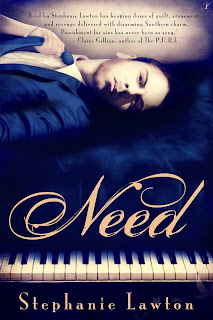 Synopsis:
Isaac Laroche is cursed. All he wants to do is hide out and feel sorry for himself. Never mind that he got caught sleeping with his seventeen-year-old piano student, or that he abandoned her when the truth was exposed.
Isaac’s feisty high school sweetheart has different plans. Heather Swann has returned to their hometown of Mobile, Alabama, to regroup after breaking up with her troll of a fiancé. She’s restless and looking for a diversion, but she bites off more than she can chew when she sets her sights on rehabilitating Isaac with her unorthodox sexual, mental, and physical plans.
The two quickly reconnect, but their happiness is threatened by family secrets, old vendettas and the death of a beloved father-figure.
Can Heather handle Isaac’s baggage, or will her own come back to haunt them both? 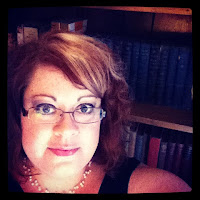 Author bio:  After collecting a couple English degrees in the Midwest, Stephanie Lawton suddenly awoke in the deepest reaches of the Deep South. Culture shock inspired her to write about Mobile, Alabama, her adopted city, and all the ways Southern culture, history and attitudes seduce the unsuspecting.
A lover of all things gothic, she can often be spotted photographing old cemeteries, historic buildings and, ironically, the beautiful beaches of the Gulf Coast. She also has a tendency to psychoanalyze people, which comes in handy when creating character profiles.