Welcome to The Wormhole and my day on The Demon Kiss Blog Tour!
Click HERE to see the whole tour schedule.
I LOVE this series!!! Check out my review of Demon Kiss HERE!

Book Blurb:
Can someone else's past come back to bite you?
After being drained of nearly all the blood in her body, novice witch, Portia Mullins, wakes up to find that her warlock boyfriend, Vance Mangum, has fled in search of his demon father. Determined to keep him from facing the evil alone Portia follows after him, unknowingly setting herself on the path of a new adventure that will take her, Vance, and their coven over international borders, into a foreign place where they will discover that the black magic which awaits them is far worse than they ever imagined. Portia finds herself tangled up in a web of lies and deceit in another's quest for demonic power in the excitingly romantic second paranormal novel in the Of Witches and Warlocks Series, The Demon Kiss.
Today we have a guest post from author Lacey Weatherford ~ Thank you Lacey for stopping by The Wormhole!!!


When Love Comes Early
I occasionally run across reviews of this story that question the age of Portia and whether or not parents would actually let a teenage girl be as romantically involved as her parents allow her to be in this tale.  I thought it might be fun to address my reasons as an author that I chose to go in this direction.
My family is BIG on love and in my life a lot of us have married very young.  I married my husband when I was eighteen, my daughter fell in love with her future husband when they were sixteen and seventeen respectively, engaged a year later.  My sister-in-law was happily married at seventeen, and the story was the same for my parents-in-law and many, many others.  We’ve all been blessed to be married by choice to the loves of our lives, and we’re all still swooning over our spouses with every breath we take!
The young love in this story was very natural to me because it mirrors my own life.  This is the story of two great people who are fortunate enough to find the real thing early on.  Portia’s parents trust her, (maybe a tad too much for my personal taste, I would’ve shot any boy spending the night in my daughter’s room!) but they’ve also made allowances for magical circumstances which make things a little more involved.  Her parents may not always agree with her choices, but instead of forcing her in one direction they try to work with her and guide her through the steps of her life.  This helps them maintain a wonderful closeness with their daughter, and while it’s not perfect, it’s filled with mutual respect and admiration.
Because of the fast growing relationship between Vance and Portia I knew they were also quickly approaching a line in their relationship that would eventually need to be crossed.    So, for me as an author, the choice was either to promote premarital teenaged sex, or to encourage a marriage between the two.  Because of Portia’s age factor, marriage is not the ideal situation perhaps, but we already know she has bound herself with Vance, thus magically reinforcing their commitment to marry one another.  He wants this physical relationship with Portia a lot and it consumes him to the point of constant temptation.  He’s really struggled to not cross this line with her because he felt abstaining showed his love and respect even more, and kept him from giving into his darker urges.  It was so important to me for Vance to have things the way he wanted.  He’s been through so many terrible things in his life that I wanted him to successfully complete one thing he’d strived so hard for.  I felt this was the direction most appropriate for these characters, because they needed to be able to finally come together with no holds barred and have it be truly magical for them as they moved into a relationship of complete commitment.
I had a lot of fun writing the chemistry between these two, and believe me, it was difficult to keep things reined in.  Vance and Portia tend to be like dynamite when they’re together; all sizzle and sparks with building sexual tension just waiting to explode.  I hope you will enjoy the story and I hope my explanations help to enlighten my reasoning behind the wonderful romance of this couple!
We walked hand in hand, barefoot next to the water’s edge, letting the cool waves rush over our feet.
The light reflected beautifully over the water as the sun dipped low on the horizon.
“It’s really nice here,” I said, enjoying sharing this moment with him.
“It is.” He gazed out into the distance over the water.
“Too bad it just can’t be a vacation.”
“I agree. Maybe someday we can come back here, just the two of us,” he said.
“You think my mom and dad will let us come back here alone, together?” I said laughing.
“They would if it was for our honeymoon,” he said softly.
I stopped and faced him.
“You want to come here for our honeymoon?” My heart beat a little harder at the unexpected change of subject.
“Maybe,” he replied, his eyes moving slowly over my face as if gauging my reaction.
“That could be a long time from now,” I said.
“Actually, I’ve been pondering on that,” he replied, searching my eyes closely. “If it’s okay with you, I was thinking perhaps I could talk to your parents and see if they’d let us get married before you turn eighteen.”
I was stunned. I knew we had planned to married eventually, but I had no idea he wanted to do it so soon.
“I’m only a junior in high school,” I replied, realizing that I was feeling a little bit blindsided. “I still need to finish my senior year.”
“I know,” he said nodding his head. “I thought after I graduate this year, I’d look for a good job in . I could go to NAU there. We could get a little place to live in together, and you’d still be close enough to finish your year at .”
He had really put a lot of thought into this, and while I was feeling a little nervous about what he was saying, it made my heart sing that he wanted to be with me.
Book Purchase Links


The Of Witches and Warlocks series can be ordered in ebook or paperback anywhere books are sold, including
Amazon and Smashwords

Along with this great guest post we are also lucky enough to be hosting a giveaway!!!
So.... the rules are simple:
1. Be a follower of The Wormhole
2. Fill out the form completely.
3. Be at least 13 years old.
Good luck! (comments are not required, but the author would enjoy the feedback!)


There is also a Grand Prize Giveaway - The Demon Kiss Tour Grand Prize:


The Grand Prize winner will receive swag, signed copies of books 1, 2, 3, & 4, AND will be written into an interactive scene with VANCE in book four too!
Want extra entries? You can get 1 more entry for every time you comment on the tour, and 5 more entries for every time you send a Tweet or Facebook the link to that day’s blog post. Make sure you keep track of those as you will be asked to submit verification links when you enter the giveaway.
Good Luck!  May the “Vance” be with YOU! 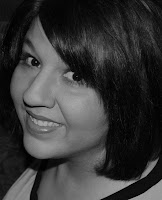 Author Bio:
Lacey Weatherford has always had a love of books.  She wanted to become a writer after reading her first Nancy Drew novel at the age of eight.
When she is not reading, writing, blogging, or doing book tours for her current series, she can often be found out at sporting/musical events which her kids are in or texting like crazy with her best friend.
Lacey resides in the White Mountains of Arizona, where she lives with her husband, six children, one son-in-law, and the family dog Sophie.
Posted by Beverly at 3:31 AM 18 comments

Review: Hedgeland by A. Nyland

Hedgeland by A. Nyland

198 pages - - I received this book (digital format) free of charge in exchange for an honest review and participation in the blog tour.

Amazon Product Description:
Hedgeland, an urban fantasy of time travel. Dr April Neuland, a Professor of Ancient Languages turned non-fiction writer, has been plagued by dreams all her life, dreams of her past life in the Celtic Otherworld. Meanwhile, in a parallel dimension of April's past and Caridwen's future, Worthing, a Future History Professor, has allied with the Military to access Future Internet communications and use new technology to influence April to write an ebook novel revealing where she, in her past life as Caridwen, hid the Kiste, a device to travel through time and space. Hedgeland weaves all three time/space frames: Caridwen, Worthing and April. Hedgeland is the first in the Hedgecraft Sequence, but is a fully self contained novel with no cliff hangers.


My thoughts:
This is unlike anything I have read lately.  I was drawn into Caridwen's life rather quickly, but I had a hard time always making the transition between the others lives and hers.  It took me a bit to get into, but once I got the hang of the interchanges I enjoyed it.  I was shocked by the complexity of the story, it was unexpected.  I enjoyed the characters.  I can't wait for the next book!
Posted by Beverly at 1:11 AM 0 comments