Thanks to all of those brave men and women who serve so we can be free!

May we always remember....

GENESIS
By John Hartness
The end of the world was just the beginning.
Now they have to stay alive.
17-year-old Christin Kinsey started the day with nothing more pressing than an English exam. But when an EMP attack knocked out all technology across the globe, she found herself in the mountains of Georgia trying to stay alive in a world suddenly thrown back in time a hundred years or more.
And when she starts shooting lightning bolts out of her hands, things get really weird. Christin, her younger brother Matt, and Matt’s cute friend Dave have to figure out what this new world is about, why they suddenly have super powers, and what happened to their mom in this apocalyptic fantasy novel geared for audiences 16 and up.
Mad Max meets X-Men: First Class in the first book of the Return to Eden trilogy by the best-selling author of The Black Knight Chronicles. 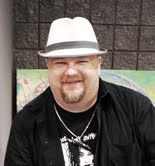 John G. Hartness is a recovering theatre geek who likes loud music, fried pickles and cold beer. John is an award-winning poet, lighting designer and theatre producer, with a theatre career spanning three decades.
His first novel, The Chosen, is an urban fantasy about saving the world, snotty archangels, gambling, tattooed street preachers, immortals with family issues, bar brawls and the consequences of our decisions.
He followed up The Chosen with Hard Day’s Knight, a new twist on the vampire detective novel and the first book in the highly successful series The Black Knight Chronicles. The second book of The Black Knight Chronicles, Back in Black, landed in March 2011 and enjoyed immediate success. Knight Moves, the third Black Knight book, was released in August 2011.
John has been called “the Kevin Smith of ,” and fans of Joss Whedon and Jim Butcher should enjoy his snarky slant on the fantasy genre.
He can be found online at www.johnhartness.com and spends too much time on Twitter, especially after a few drinks. 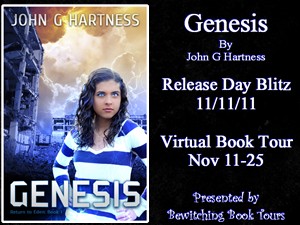 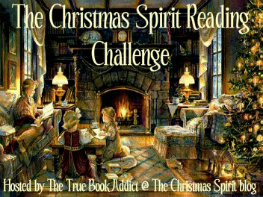 This challenge is hosted by The True Book Addict and it has it's own blog!
Because challenge are apparently addictive - I have signed up for this one too!
I am however, shooting only for The Mistletoe level - 2-4 books.
These are the books I plan to read:
1. Hot for the Holidays - anthology
2. The Christmas Brides by Linda Lael Miller
3. Christmas with a Vampire - anthology

This reading challenge is being hosted by Book Lovers, Inc.
Of course I had to sign up for this one too!  Challenge Addict - remember!
Overlapping is acceptable, so I figured I could handle one more holiday reading event.
I decided that I would keep the theme and go for the Serial Mistletoe-er level of 4-6 books.
So... my list for this challenge will be the same as for the Christmas Spirit Challenge, but I will be adding a book to the top of the list as this challenge begins earlier!
Posted by Beverly at 1:04 AM 4 comments