Welcome to The Wormhole and my day on the tour!
It is my pleasure to feature Lucy Swing and Fallenmore. 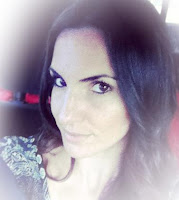 Lucy Swing lives in sunny Florida with her husband and two children.
She is a YA Paranormal/ Romance writer, whose works include: Feathermore (Feathermore Trilogy, #1), Bloody Valentine, the novella, and is currently working on Fallenmore (Feathemore Trilogy, #2) which will be released in June 2012.
She is an absolute book hoarder and must always have a book at arms distance. Music is her muse, and there is always a soundtrack that plays along her life. 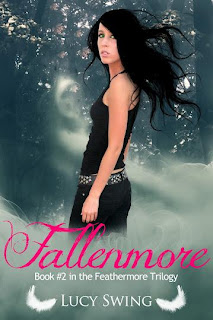 Lucy has granted us an exclusive excerpt from Fallenmore
~ enjoy!


Fallenmore Excerpt
By Lucy Swing
“The park was dark and eerie. None of the overhead lamps were on at this time of the night as the park was closed. The crescent moon above me was being kept hidden by thin, ghost like clouds. I walked through the thin pathway around the park and took a seat by the playground. Lilith hadn't really been specific as to where we were meeting, as this park was pretty big. Surely she would be able to find me.
Although the park was deserted, it gave me some kind of solace to be somewhere where, during the waking hours, was filled with children’s laughter. I checked the time again. Lilith was late. I tucked my hands under my legs. The night had grown noticeably colder in just a couple of hours.
There was a rustle in the leaves behind me, causing me to shoot to my feet. Holding my breath, I listened intently, a soft breeze that caressed everything on its path was all there was. The leaves fell motionless again.
Probably an animal.
Taking a step back, my muscles relaxed. Somewhat. My eyes were still glued to the newly unmoving bushes. The hair in the back of my neck stood on end- something was out there. I could feel it. There was a crash on the playground behind me and I turned to face the noise. Crumpled on the sand next to the slide like a rag doll, was Lilith. I ran to her and pulled her onto her back on the sandbox. There was a small cut on her forehead that was bleeding and her eyes were closed.
“Lilith?” I whispered softly. What the hell had happened to her? My eyes darted around us, watching out for anyone that would attack us. “Lilith, can you hear me?” Her eyes flutered behind her closed lids and she moaned. Assesing the rest of her, I found her dress had been torn on her abdomen, and the skirt that always bilowed behind her, laid limp against the sand, ripped into nothing more than shreds.
In the distance I heard a couple different footsteps, two coming from the left and one from the right. Whoever had attacked her was here. If they found me, I may end up like her- or worse.”

Thank you Bev, for hosting me here today! You rock!

BLURB:
When darkness consumes you; will it be hard to find the light?
After Jade's world was torn apart, she is unsure of where she belongs, if anywhere at all. Deceived by those she trusted the most, she must now accept her fate and the life that lays before her.
The voices are back but this time, they are trying to lure her into the darkness. But could they be telling her the truth? That the only person she has been able to trust since the death of her boyfriend, Avan, is lying to her too? If the voices are right... Could she really trust him?
In Fallenmore, the second book in the Feathermore Trilogy, Jade will embark in a quest through the pits of Hell. The question now is: once she is in, will they ever let her out?
AMAZON: http://www.amazon.com/Feathermore-ebook/dp/B007G73HGO/ref=ntt_at_ep_dpt_3
PAPERBACK: http://www.amazon.com/Feathermore-Volume-1-Lucy-Swing/dp/1470020874/ref=sr_1_3?s=books&ie=UTF8&qid=1334236152&sr=1-3
SIGNED PAPERBACK: http://www.lucyswing.com/p/my-work.html
BARNES&NOBLE: http://www.barnesandnoble.com/w/feathermore-lucy-swing/1109296706
SMASHWORDS: https://www.smashwords.com/books/view/138272


I am proud to be a huge Lucy Swing fan~one of: 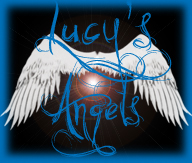 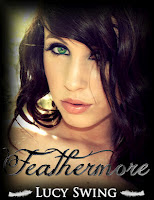 When the one thing you live for is denied to you, do you let it go or do you fall?
Jade, like any other student at Brushwood High, awaits the start of the school year with a certain measure of dread. Worse, she is being threatened by a voice that only she can hear—a voice that lurks at the edges of her awareness, haunting her and warning her of something unknown. She has always been able to count on her two best friends, Claire and Nate, but can she confide in them now? About this? Would they even believe her?
Life takes a turn for the better when she meets Avan, a darkly handsome new student who, somehow, seems to drown out the voice and make her feel at ease.

But Jade soon comes to realize that good things don’t last forever. When everything spirals out of control, she is shattered by something she never saw coming. Dazed and despairing, she must now overcome tragedy and embrace her true existence and a new but dangerous love. Will she be able to save herself and those she loves, before it’s too late? Or will she let the surrounding darkness consume her?
Click HERE to get the kindle version for free!
Click HERE to buy a copy of Fallenmore.
Posted by Beverly at 5:00 AM 0 comments