This virtual book tour is presented by Bewitching Book Tours.
Click HERE for more tour information.
Welcome to The Wormhole and my stop on the tour.
It is my pleasure to feature Gretchen SB and Berman's Wolves.

When a scientist runs an experiment on three separate college campuses that goes horribly wrong, several hundred students find their lives altered forever. They must learn to adapt to their new lives as Werewolves. Immediately after the incident a government program was put in place to keep track of these unwitting subjects. After a year the program falls apart as those in charge argue on how to proceed.
Without the programmers constantly looking over their shoulders the werewolves have now started to organize themselves. Creating their own hierarchy and alliances.

Jack is the Alpha of Pacific Northwest University's pack F. He thought the government had finally taken a step back and let him and the other Alphas run their packs. Recently, however, he has been hearing rumblings about the programmers wanting to reinstate the program. He thought they were just rumors until he finds out one of his pack is being threatened by several of the lab assistants that took part in the original experiment. Now Jack must scramble to find allies and hunt down those threatening his pack. The more he goes looking the bigger the plot becomes.

Lyra knew the Weres who jumped her were members of pack L, former lab assistants of Berman’s from Pacific Northwest University. They hadn’t tried to negotiate this time, but had simply jumped her as turned the corner on her way home from the off-leash dog park in her neighborhood.
As soon as she smelled her attackers approaching, she turned to Hazel and pretended to have lost her cell phone. Hazel hadn’t questioned it, just taken Fizgig’s leash from Lyra’s outstretched hand and continued walking to Lyra’s apartment.
Lyra double-timed it toward the park. She knew her attackers would follow. All she needed was enough distance between them and Hazel. Lyra loved Hazel like family, but the other woman was not a fighter. Hazel would try, but she would only be hurt or used against Lyra. It didn’t really help matters that Hazel and Lyra knew all of each other’s secrets. In Lyra’s case some of those secrets could get them killed.
Lyra knew leading the attackers away from Hazel and the dogs was her best and only option. As the outskirts of the forested trail closed in around her, Lyra spun and braced herself for the attack. She could smell the malicious intent like rotting meat rolling off of them. She had one advantage: they didn’t know how well she could fight. Growing up in a predominantly male social group, Lyra had honed her skills. They thought girls were weak. They would underestimate her.  Lyra gave a small grin as the three Weres came into view around the bend.
Lyra posed as if she’d been off-guard and was helpless, widening her eyes and shrinking away in horror. The tallest guy headed toward her. Lyra counted, waiting until the last second when his arms stretched out to grab her. She roundhouse-kicked him in the head. The Were crumpled. Weres could take and dole out major damage and Lyra was stronger than most. The blow had landed perfectly, and he’d be out of commission for a few minutes.
The other two men didn’t make the same mistake; they rushed her. Lyra backed up. She needed more room than the thin nature trail provided. She was able to get one punch in to the guy on her left before the other man grabbed her.
Panic began to rise as a strong arm banded around her throat. Screaming to herself, she pushed the panic aside. She struggled to remember the course of action for this type of attack. Using the heel of her shoe, she stomped on her attacker’s foot. Inwardly she swore as she connected with a boot—she couldn’t do any damage that way. His arm tightened, and she knew he meant for her to lose consciousness. That would be bad. She felt the loss of breath acutely and Lyra knew she had maybe thirty seconds to get out of the hold before she was incapacitated.
She gave one swift kick behind her as she dug both her thumbs at her throat to relieve the pressure. Her kick hit true and her attacker cried out as her heel connected with groin.
She felt the man back up and she moved the opposite direction, scanning for the Were she’d punched in the stomach. She didn’t see him, not at first, but what she did see made her curse. 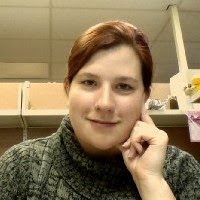 Gretchen happily lives in Seattle, Washington where she spends her time creating new characters and situations to put them in. She also enjoys cheering on her local sports teams, even though it sometimes seems they are allergic to winning.

Gretchen has spent most of her life in Washington state. She graduated from Central Washington University with a BA in History and a BA in Philosophy. Though there was a brief stint after college where she lived in Florida and worked for the mouse (Disney World). She loves that Washington provides a large range of activities, from Shakespeare in the park to rodeos.

She has had a love of reading and telling stories as far back as she, or anyone else, can remember.  Currently, she loves to read the same genres she writes. She also loves exploring her home state. At the end of her adventures she unwinds by curling up on the couch, knitting while catching up TV shows via Netflix.

My thoughts:
This is a fast, short read. The book is well paced with and interesting storyline with original ideas.  I found myself liking the characters quickly and got lost in the story.  I enjoyed the read, have read another story by this author and will be looking for more.
Posted by Beverly at 4:30 AM 1 comments 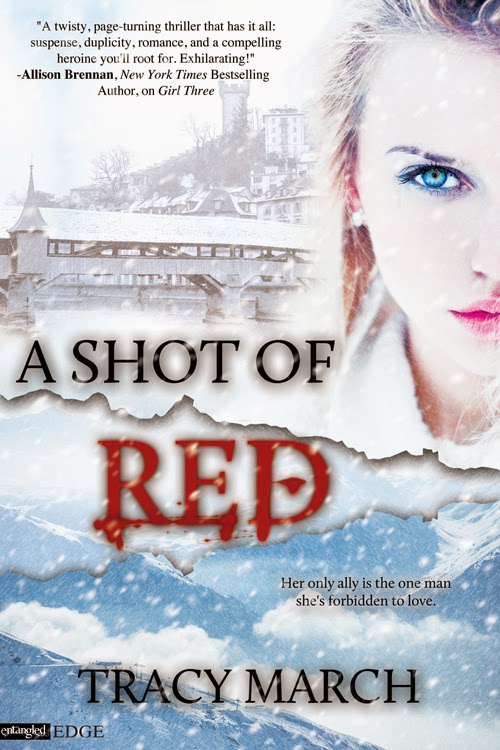 A Shot of Red by Tracy March

When biotech company heiress Mia Moncure learns her ex-boyfriend, the company’s PR Director, has died in a suspicious accident in Switzerland, Mia suspects murder. Determined to reveal a killer, she turns to sexy Gio Lorenzo, Communications Director for her mother, a high-ranking senator—and the recent one-night stand Mia has been desperate to escape. While negotiating their rocky relationship, they race to uncover a deadly scheme that could ruin her family’s reputation. But millions of people are being vaccinated, and there’s more than her family’s legacy at stake. 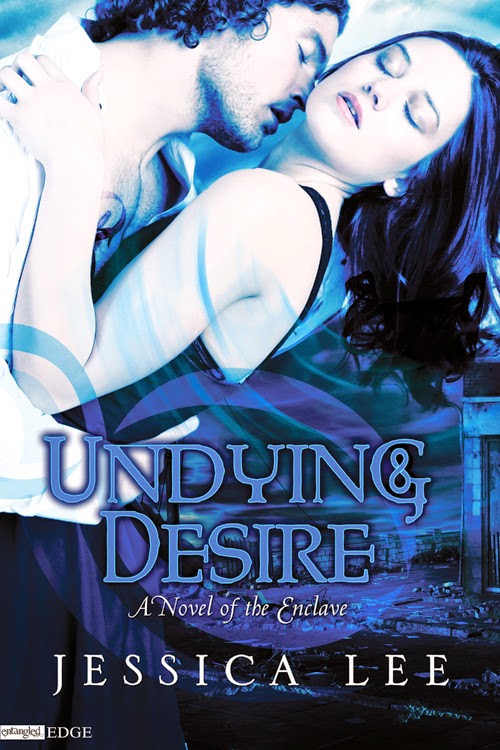 
Eve Devonshire is a woman hiding in plain sight. Not completely human, but not quite a vampire, she’s accepted by neither race but is more powerful than both. To stay alive, Eve can't trust anyone, including the alpha vampire with midnight eyes and a thirst for pain and submission. With her enemies nipping at her heels, Eve has Guerin cornered, and both are determined to get the answers they're looking for or die trying... if they can fight their desires long enough. 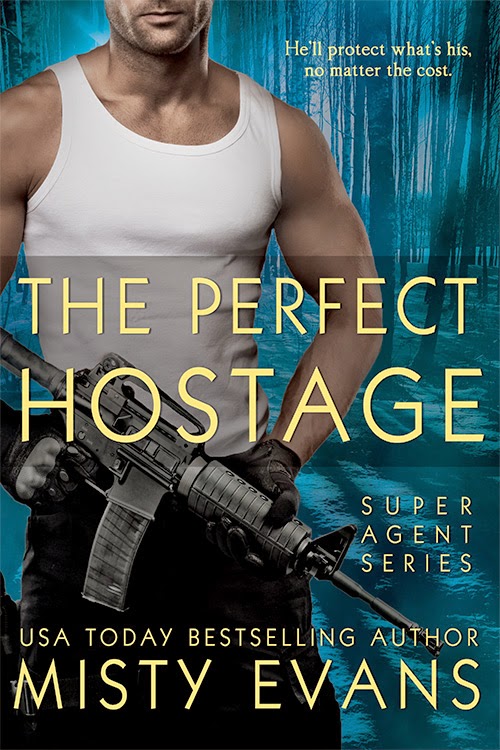 The Perfect Hostage by Misty Evans

Sergeant John Quick has seen the worst in life, both personally and professionally, and long ago decided loving someone comes at too high a price. But when the woman of his dreams “kidnaps” him for a weekend affair with no strings attached, he can’t resist. The smoking-hot weekend turns deadly when John and Lucie are trapped during a blizzard and discover they’re not alone. Someone from their past has come hunting for revenge. Now John must become the perfect hostage in order to save Lucie’s life. 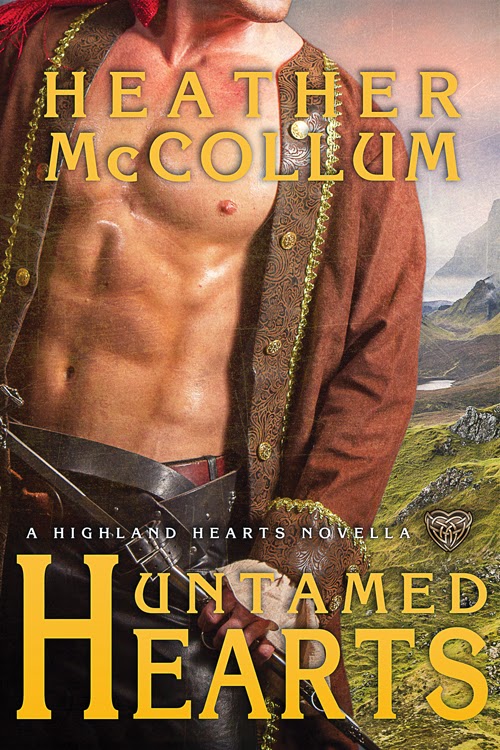 Jonet Montgomery has longed for a chivalrous knight her whole young life. Instead she found herself wed to a scoundrel and left a widow. When a lusty, silver-tongued rogue steals a kiss and opens a crack in her routine life, she’s tempted by his offer to taste adventure of the most pleasurable kind. Will’s heart of gold shines through despite his infamous past. But is Jonet enough woman to keep this sexy pirate from straying? With past embarrassments haunting her, she risks more than just her reputation this time. She risks her heart.