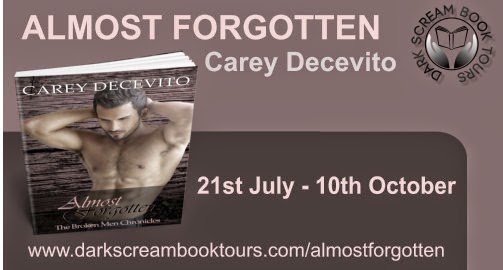 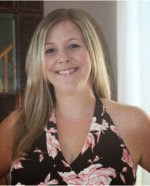 Born and raised in small town Northern Ontario, Canada, Carey Decevito has had a penchant for reading and writing for as long as she can remember.
As an adult however, more than a decade had come to pass before sleepless nights plagued her with exhaustion, demanding that she put pen to paper (more like fingers to keyboard) and start writing again.
And the rest, as they say, is history!
A writer of erotic romance, this lover of food will throw in a bit of heat, a dash of sass, a pinch of comedy and a dollop of real-life experience in order to provide her readers with a story that will mess with their emotions from start to finish.
Family and friends are her lifeblood but Carey also enjoys conquering the outdoors, sports, travelling and playing tourist in Canada’s National Capital region.  When life gets crazy, she seeks respite through her writing and submersing herself in the latest addition to her library.  If all else fails, she knows there’s never a dull moment with her prolific story-teller of a five-year-old daughter, her goofy husband and their two cats who she swears are out to get her.


With three published works under her belt, Almost Forgotten is the second of her The Broken Men Chronicles series. 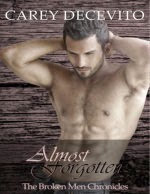 Jake had it all: money, women, great looks.  For all intents and purposes, he was happy.  Or so he thought he was.

A series of women and an unexpected appearance by a ghost from his past caused him to re-evaluate his life.

Why had she come back?  Why was she standing in his firm’s boardroom with his opposing counsel?  But the burning question was, why did he give a damn after fifteen years?

She’d broken his heart all those years ago and Jake chose to live the life of a bachelor from there on out.  Along with his fast-paced career, he ran a fast-paced social life.  It’s what worked for him.  Or he’d at least convinced himself it did.

The loneliness his large home presented the minute the housekeeper went home and the women that warmed his bed deserted him, left him wanting.  Could he have what so many of his friends already did: the woman, the family, the house with the white picket fence?  Maybe.  But just because he desired these things, things he’d sworn off ages ago, doesn’t mean that they were destined for him.

One thing was for sure, with Danica back in town, Jake’s life was never going to be the same again.

My thoughts:
This is my first Carey Decevito story and I wasn't sure if I would be lost by not reading the first book prior to reading this one.  I have to say that although I might have liked knowing more background, I never felt as though reading the books in order was a must.  I will say that I plan to go back and read the first book, Once Written, Twice Shy.

With that said, I enjoyed the story quite a bit.  I was hooked from the very first page.  The characters are wonderfully created and I found it easy to imagine them as "real"people and invest in their lives while I read.  As much as I liked Danica and Jake, I would have been just as happy to read their story with a little innuendo and a little less detail on occasion.

I am a softy when it comes to second chances and this one has so much to offer.  Emotions run like wildfire throughout the story, I found myself both laughing aloud and near tears many times while the story unfolded.

I found the story to be well written, clever, entertaining, emotionally challenging, and filled with great characters.  Not for the rated G reader, but it isn't billed that way either.  I am looking forward to reading Pax and Alissa's story next and will hopefully find time to read the other two books in the Broken Men series too.