Blog Tour: Out of the Night by Geri Foster

This virtual book tour is presented by Innovative Online Book Tours.
Click HERE for more tour information.
Welcome to The Wormhole and my stop on the tour.
It is my pleasure to feature Geri Foster and Out of the Night. 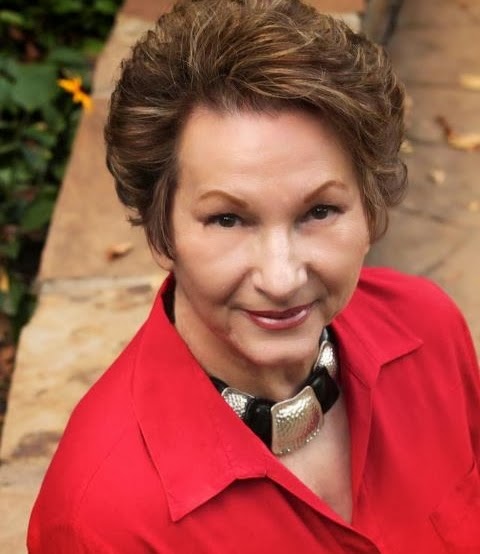 BIO:  As long as she can remember, Geri Foster has been a lover of reading and the written words. In the seventh grade she wore out two library cards and had read every book in her age area of the library. After raising a family and saying good-bye to the corporate world, she tried her hand at writing.
Action, intrigue, danger and sultry romance drew her like a magnet. That’s why she has no choice but to write action-romance suspense. While she reads every genre under the sun, she’s always been drawn to guns, bombs and fighting men. Secrecy and suspense move her to write edgy stories about daring and honorable heroes who manage against all odds to end up with their one true love.
ONLINE LINKS:
·         Website  http://www.gerifoster.com/
·         Blog   http://www.gerifoster5.blogspot.com/
·         Facebook  www.facebook.com/gerifoster1
·         Twitter  www.twitter.com/gerifoster
·         Goodreads  www.goodreads.com/gerifoster
BUY NOW LINK:
·         Amazon http://www.amazon.com/Night-Falcon-Securities-Geri-Foster-ebook/dp/B00F1F7Q9M/ref=sr_1_3?s=digital-text&ie=UTF8&qid=1388885337&sr=1-3&keywords=out+of+the+night
·         B & N http://www.barnesandnoble.com/w/out-of-the-night-geri-foster/1116859204?ean=9781482612950 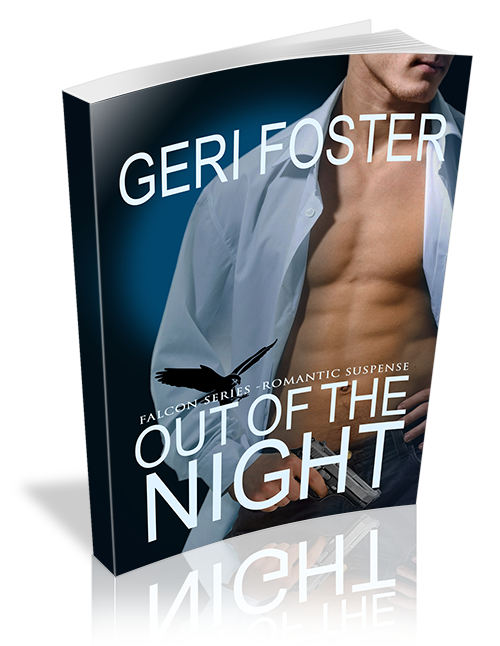 Falcon Securities Agent Tony Archuletta has lost his memory and a CIA operative is being held captive by a lethal group of terrorists out to destroy America. For Tony to pull off a mission this delicate and complex, he must have his memory, as well as every weapon at his disposal.

Abby Williams is an investigative reporter sent on a dangerous assignment. One of Falcon’s agents is being held in the notorious Lubyanka Prison where experimental drugs were used to make him break under integration. The agent is a man Abby has a painful history with. A man can never forgive her betrayal.

Can Tony and Abby race against time to save the CIA operative? Will Tony regain his memory only to learn that she is the only woman he’d ever loved and the only person he ever feared? Does love win this battle? Or do these two souls who are meant to be together take the safe road and part with just a handful of memories?

She must’ve sensed his fear for she touched his arm. “It’s going to be okay. I personally owe you that much.”

He reached over, hooked his hand around the back of her neck and pulled her mouth to his lips. He’d meant the light contact as a ploy to see if it rattled anything in his memory.
He never intended for the kiss to turn passionate. He pressed against her body and she wrapped her arms around him as if he was a life raft and they were adrift on the open seas.


Her warmth surrounded him and kicked up his heart rate. The intensity of the moment seared something deep inside him to the point of real fear. He had to pull back to the surface so he could gasp for air. For the first time in days something felt vaguely familiar. A dim light in his head turned on and he knew with a certainty that shook him to his toes that he’d kissed this woman before.

My thoughts:
This was a great story.  It holds mystery, espionage, betrayal, loyalty, fear, and love.  The characters are wonderful and carefully constructed.  The world building is realistic and precise.  The timeline is well paced and the action non-stop.  The plot is multi-faceted and intriguing.  I enjoyed the read and will be looking to read more from Geri Foster.

IO Tours has a question/rating form for reviewers:
1. Has reading this book caused you to be interested in reading additional novels by this author and would you recommend this book to friends or family who like this genre?
Rating: 10/10 - I loved the book, will definitely be reading more from Geri Foster and would highly recommend it to both friends and family.
2. Do you feel the world or situation was well developed to the point that you were able to visualize it?
Rating: 9/10 - I thought that the world and situation were well developed and the writing was done in such a way that I could easily see the book play out in my mind.
3. Did the author engage you to the point that you had a hard time putting the book down?
Rating: 10/10 - I read the book in one sitting.  It helped that I had the day off to read, but I have a huge stack of books I both need and want to read and I never felt the urge to switch to something else.  I couldn't wait to find out what would happen next and I very badly wanted to find out what would become of Abby and Tony and their formerly failed relationship.
4. Were you emotionally connected to the secondary characters?
Rating: 8/10 - I was connected to the secondary characters, some emotionally - I guess maybe all - some on a "What a scum!"level and others in a much more positive way.
5. Were the characters believable?
Rating: 9/10 - Yes, the characters were believable.  I always find it uncomfortable that books about government and espionage are filled with both amazingly good and amazingly bad characters, but I found them all to be well done and realistically created.
6. Do you feel that the story was well paced to keep your interest?
Rating: 10/10 - I found the entire story to be incredibly well paced.  The scene changed between countries, people and intricate parts of the plot.  All was done in a successful effort to keep the reader engaged.
7. Was the dialogue in the story believable and interesting?
Rating: 8/10 - I was completely interested in the story and the dialogue was paramount to that interest.  There were some places where I struggled with the interactions of couples ease at walking away from the situation, but that doesn't make it less believable - just makes the character more realistic.
8. Were the love scenes satisfying and appropriate to the story and characters?
Rating: 9/10 - I thought that the love scenes were both satisfying and appropriate.  I personally have issues with infidelity, but that is my issue.
9. Overall, how did you like this book?
Rating: 10/10 - I truly enjoyed the book, from the first page I was hooked and was both saddened and thrilled at the end.  Sad that it was over but thrilled with the way it all worked out.
Posted by Beverly at 5:00 AM 0 comments