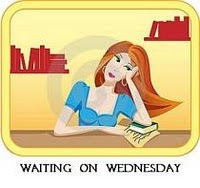 "Waiting On" Wednesday is a weekly event, hosted at Breaking the Spine, that spotlights upcoming releases that we're eagerly anticipating.

Kate Daniels cleans up the paranormal problems no one else wants to deal with-especially if they involve Atlanta's shapeshifting community.

And now there's a new player in town-a foe that may be too much for even Kate and Curran, the Lord of the Beasts, to handle. Because this time, Kate will be taking on family. 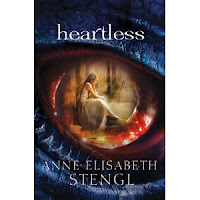 Amazon says:
Princess Una of Parumvir has come of age and will soon be married. She dreams of a handsome and charming prince, but when the first suitor arrives, she finds him stodgy and boring. Prince Aethelbald from the mysterious land of Farthestshore has traveled far to prove his love--and also to bring hushed warnings of danger. A dragon is rumored to be approaching Parumvir.


Una, smitten instead with a more dashing prince, refuses Aethelbald's offer--and ignores his warnings. Soon the Dragon King himself is in Parumvir, and Una, in giving her heart away unwisely, finds herself in grave danger. Only those courageous enough to risk everything have a hope of fighting off this advancing evil.


I had high hopes when I picked up this book - from the cover alone it demanded to be read. I must say I was not disappointed!

This was a great read. The characters are well developed, the plot was intriguing. The reality of the idea of being heartless was one I haven't seen and the author wields it well.

This is a story of loyalty, fealty, faith, corruption, honor, love, family, and mystery. A story of young people becoming who they want to be and the choices they have to make to get there.

The characters come from all walks and worlds. The author mingles worlds and dimensions without leaving the reader lost.

The story is filled with action; so even though it is essentially a love story, it is not JUST a love story. We have battles of all kinds - physical and emotional.

The relationships in this story are extraordinary. You are drawn into each of them as they unfold between all of the characters throughout the story. You watch as Felix goes from being a young and foolish boy to a man (who has not gotten older, but had to make adult decisions). You are witness to Una and the fate that befalls her and those around her because of the choices that she makes.

As in all stories - there is a villain. The shape changing bad guy here makes you dislike him from the start (which is what we all want to do). There are also elusive game players in the story that we aren't outright introduced to that appear to have the fate, or at least some of the fate, of the characters held at the mercy of the roll of the dice.

I fell in love with the characters and can't wait for the rest of the series.