Blog Tour: Dinner with Lisa by R.L. Prendergast (Giveaway too!)

Welcome to The Wormhole and my day on the tour!

It is my pleasure to feature R.L. Prendergast and Dinner with Lisa.

Genre: Historical Fiction
Format: Soft Cover, and electronically on ipad, iphone, Kindle, Kobo, Sony eReader, and Nook.
269 Pages
In the disastrous economic times of the 1930s, Joseph Gaston, a young widower with four children, arrives in the small town of Philibuster seeking security for his family. Instead, he faces barriers everywhere. He does his best despite great adversity, but the strain of feeding and protecting his family whittles away his strength. Finally, destitution forces him to consider giving up his children in order to save them. Enraged by his situation, he attempts one last desperate act—on the night he learns about the mysterious Lisa.

Heart wrenching, humorous and historically authentic, Dinner with Lisa incorporates the crucial issues of the depression: poverty, unemployment, drought and racism. In the midst of love and loyalty, trickery and despair, the ultimate message of the novel is one of hope and the courage to survive even the worst odds.
"A powerful book set in the bleakness of the Great Depression, these characters bristle with life, feeling, pain and vitality; we care about what happens to them and it’s Prendergast’s dedication to ‘digging deep’ that fuels that authenticity." - Mark Weber, Red Deer Express, Alberta
"The character development is magnificent in this novel as are the descriptions of the town, its people and surroundings.  I felt as though I’d been pulled into the book and could almost walk alongside Joseph seeing the sights and smelling the odours of the town around him.  I read this novel is one sitting, I was glued from beginning to end and would highly recommend it to everyone!  Well done."- The Bookbag Lady Reviews
"What started as a grim look at the dirty thirties in Dinner With Lisa, became a heart wrenching but humorous and insightful look at the plight of many but one man and his family in particular during the depression era of the 1930s.  Prendergast paints a bleak picture of the economic depression of the 1930s with detail so vivid the reader has an image of the town and its residents perfectly etched in their minds.  My heart ached for the plight of many during this time and I cheered Joseph."-  My Bookshelf
"A wonderful work of art, this story has so many truths in it, for the 1930's and even for now - surely one can learn from Dinner with Lisa. A great read by a wonderful author."- Chelsea Halford, Chapters.indigo.ca reviewer 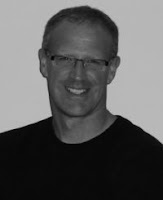 R. L. (Rod) Prendergast was the entrepreneurial kid you saw on your neighbourhood street selling lemonade on a hot summer’s day. Recognizing young Rod’s preoccupation with money, his mother bribed him to read with an offer of 25 cents per book—and instilled in him a lifelong love of reading. Although he continued down the path of industry—he started and sold his first business before completing his Bachelor of Commerce—he continued to read voraciously. After a number of years working in sales, marketing and management for several companies he spent a year’s sabbatical surfing and reading in New Zealand and, free of business pressures, he began to write. Those first words became the backbone of The Impact of a Single Event—which was long listed for the Independent Publishers Book Award for literary fiction, and which became a national bestseller in Canada. Spurred on by the success of his first novel, he took another sabbatical and wrote Dinner with Lisa. He is currently working on his next book.

Rod's Website
My thoughts:
As a teen I read a lot of historical fiction, but have gotten away from it over the years.  It was great to get back into it again, especially with this story.  Dinner With Lisa is a wonderful read.  It's a heartwarming yet heartwrenching tale of a man struggling to keep his family together when it seems the world itself is against him.  My heart broke for Joseph on the train when Clare stopped breathing, and his struggles became my own as I read.  I laughed and cried for him and his family throughout the story.
Rod's ability to bring the economical hardships and the plight of the people to life is remarkable.  His characters are dramatic and realistic.
If you enjoy history and a vivid, descriptively written story ~ this one is for you.

You can buy a copy of this book by clicking HERE.﻿
Click HERE to buy a kindle version or if you are an Amazon Prime Member you can read it free.
You can enter to win a free ecopy of the book by filling out the form below:
﻿
Thanks for stopping by The Wormhole! Happy Reading.
Posted by Beverly at 9:23 AM 4 comments