Review: Her Heart for the Asking by Lisa Mondello

Her Heart for the Asking by Lisa Mondello

*I received this book in exchange for an honest review.

Amazon Book Description:
Mandy Morgan swore she’d never step foot in Texas again after Beau Gentry left her for life on the rodeo circuit eight years before. But now her uncle’s heart is failing and she has to convince him that surgery will save his life. She never dreamed the first thing she’d see when she stepped off the plane would be her biggest nightmare...the one man she’d never stopped loving.

Beau Gentry had the fever for two things: the rodeo and Mandy Morgan. But for Beau, loving Mandy was complicated by his father’s vendetta against her uncle. This led him to make the hardest decision of his life and he can still see the bitterness and hurt on Mandy’s face. All these years it has killed him to think Mandy had forgotten him and moved as far away as possible from him. But now they’re back in Texas, and he’s going to do all he can to win back her love.


My thoughts:
Before I talk about this book, I wanted to share something about myself as a reader.  I LIVE for great characters.  I can read just about anything as long as there are great characters that I can both invest and believe in.  With that said, if you love great characters then Lisa Mondello is an author for you.  She has created characters that stroll off the pages and into your heart.
Lisa has built a world for her characters that is authentic and realistic.  This is a love story, the genuine thing...teenage love gone wrong with the chance to be so much more now that they are all grown up.  The question being, will they take the chance?  Mandy and Beau will tug at your heartstrings while they struggle with their feelings for each other and the family tangles will make you smile while you cry.
This is the first in the series.  It is well written and has a great ending.  I look forward to reading the rest of the series.


...to feed your reading need...
An Excerpt:
"What are you doing here?" Mandy Morgan asked, dropping her too-heavy overnight case on the sun-roasted tarmac. After a grueling forty-eight hour work stint and a five-hour flight from Philadelphia, she stood wilting under the brutal Texas sun, facing her biggest nightmare.

She groaned inwardly, drinking Beau in with her eyes as if she hadn't had a drop of water in months. Eight years was more like it. If she were eight years smarter, she would be moving her aching feet as fast as she could in the opposite direction. But all she could do was stare at eyes so bright they rivaled the blazing sun. At lips so kissable she'd spent the better part of her adult life trying to wipe the memory clean from her mind. 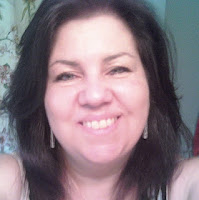 Author Lisa Mondello Bio:
Lisa Mondello believes in taking the road less traveled. She ignored her high school guidance counselor's suggestion to go to college for Mechanical Engineering and instead majored in Sound Recording Technology and managed a Boston rock band. After four years she gave up late night gigs and recording sessions for family life. At her husband's suggestion, she finally tied down some of those ideas spinning in her head and in 1998 published her first romance novel.
Posted by Beverly at 4:00 AM 0 comments