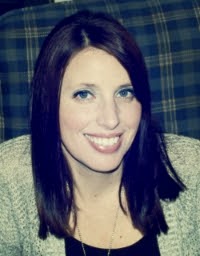 Thanks for having me, Beverly! :)

Thank you for being on the tour Bev! :)