Welcome to The Wormhole and another stop on the tour.
It is still my pleasure to feature:
Blood Drama and Christopher Meeks. 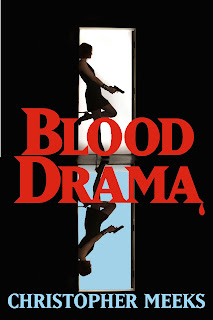 Everyone has a bad day. Graduate student Ian Nash has lost his girlfriend in addition to being dropped from a Ph.D. program in theatre at a Southern California university. When he stops at a local coffee shop in the lobby of a bank to apply for a job, the proverbial organic matter hits the fan. A gang of four robs the bank, and things get bloody. Ian is taken hostage by the robbers when the police show up. Now he has to save his life.

FBI Special Agent Aleece Medina’s analysis of the bloody bank heist drives her into the pursuit of a robbery gang headed by two women. She doesn’t anticipate how this robbery will pit her against both the bandits and the male higher-ups in the FBI while the media heats up during a giant manhunt.

The robbers are about to kill Ian, and all he has at hand is his knowledge of the stage. 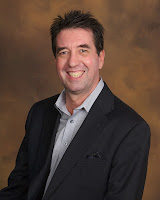 Interview:
 How long does it take you to write a book?

It takes about six months to write a draft of a novel, and then it needs to sit around without me looking at it for about six months so that I can get back to it with some objectivity. Then it takes about another six months. That’s the fastest. All three of my novels really took three or more years before I was done. However, if I’m not rewriting, I can be writing a first draft.

I need to chew wintergreen gum and yell really loudly the word “Minneapolis.” (Not really, but this question seems ripe for this.) Actually, I get so involved in writing that I don’t see my body at the keyboard. I’m in the story and not aware of a quirk. Or is that a quirk?

My characters tend to be based on people I know or an amalgam of people I know. That’s how I start out, at any rate. The more I work a story, the characters change and find their own life. My friends, other than one, don’t see themselves in my stories, and the one that does now likes using that character’s name, “Sagebrush.”

In high school, I was probably like you and many of your readers. I got by. My English classes were okay, but I was as confused as many students were reading short stories by Ernest Hemingway, James Joyce, and nearly anyone. One thing that stayed with me, though, was that these authors often took experiences from their lives and made stories about them.

I read, for instance, one particular short story by F. Scott Fitzgerald about a couple crossing the ocean on a ship, and the more they fought, the worse the seas became. It had been inspired by a fight Fitzgerald and his wife Zelda had had. At the time, I thought something like, “That’s weird. Why take something from your life when you could write about something cool like robots?”

Thus, years later, when I found myself writing short stories, I wasn’t writing about robots but about life as I saw it. I always took something that had happened to me or someone I knew, and then I’d try to find the “story” in it. How was this incident more than just a toss-away event? How at its core might it be an allegory of something or a microcosm of a bigger issue?

Usually I’d write a draft of a story with no ending or theme in mind. When I finished, I’d ask myself why did I write about this and not something else? Why was my conscious or subconscious mind focused on this? In some ways, I’d try to analyze my story much like a psychologist would. That would help me discover the theme that was organically built in. Once I knew what the story was really about, I could shape the story more. I’d never have a character explain everything. Rather, I want to give an experience that the reader then interprets. The goal is to get the reader to participate. “Show don’t tell” is the axiom.

I’d also write about what was bugging me or bothering me but also things that seemed funny or absurd. I’d have to be far enough from an event to see the humor. I wouldn’t stick to how things really occurred but more how they felt. Emotions require stretching things, and humor needs hyperbole.

This is to say that my stories and novels had revolved around first-hand knowledge. However, with Blood Drama, I wanted to try out a genre, a thriller/mystery. My life wasn’t so exciting as the genre required. However, I used to correct my student papers at a nearby Starbucks inside a bank lobby. It was an elegant place to work, and it let me focus on my students. After about a year of noticing people banking, it struck me: what would happen if someone robbed this bank? I could be in the line of fire, or I could be taken hostage.

I stopped correcting papers there, but it was also the start of my novel. My protagonist, 28-year-old Ian Nash, a graduate student in theatre, is taken hostage in a bank robbery gone awry, and he’ll have to fight for his life.

I like to garden, which is a real surprise as it’s what my grandmother used to do but it always looked so boring. It’s a great way to be physical in the world, though, getting dirt on my hands and getting things to grow—nature’s version of a novel. Plus growing tomatoes is so satifying.

Swimming is a good physical thing I do at the local college. We are human and have to keep the body in shape—especially if you sit at a computer a lot.

I also love photography. Everyone with a phone now shoots pictures, but I like shooting sunsets, landscapes, and people in action. Here are a few: 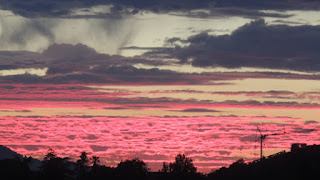 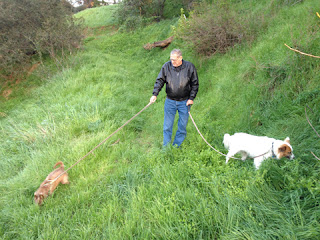 Fun random questions:
• Dogs or cats? We have two of the former, five of the latter.

• Dark or milk chocolate? Dark. There is no other.


More About the Author:
ristopher Meeks first published short fiction in a number of literary journals, and the stories are available in two collections, The Middle-Aged Man and the Sea and Months and Seasons. Recently, he’s focused on novels. The Brightest Moon of the Century is a story of a man who yearns for love and success, covering over thirty years—a tale that Marc Schuster of Small Press Reviews describes as “a great and truly humane novel in the tradition of Charles Dickens and John Irving.” His last novel, Love At Absolute Zero, is about a physicist who uses the tools of science to find his soul mate–and he has just three days. Critic Grady Harp calls the book “a gift.” The new novel, Blood Drama, has him edge into a thriller. Meeks also runs White Whisker Books and publishes four authors.


Christopher at the Red Room: http://redroom.com/member/christopher-meeks

Giveaway:
International (ebook only) US and Canada (choice: print or ebook)

Thanks again for taking part in the tour and hosting Chris!

I enjoyed Christopher's comments about his friends seeing/not seeing themselves in his books! And the pics were very nice too. I look forward to reading the book.