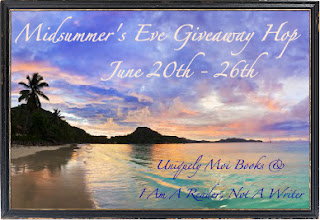 This giveaway hop is presented by I Am a Reader, Not a Writer
and Uniquely Moi Books.
You can get to the entire tour linky by clicking HERE.
I am stop #63.
Stop #62 is jennifersmusings
Stop # 64 is
Welcome to The Wormhole ~ it's another giveaway hop!
Entry is simple: be a follower (old or new) and fill out this form!
Thanks for following ~ good luck!
﻿
Thanks for following The Wormhole!
Happy reading.
Posted by Beverly at 11:59 PM 12 comments

Welcome to The Wormhole.
It is my pleasure to feature:  Mary Firmin
and her book Deadly Pleasures. 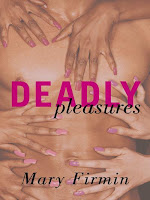 Amazon Product Description:
"Megan Riley has bigger things to worry about than the fact that her neighbor has just been found dead. Her engagement has just ended, and she is once again on a quest to find Mr. Right—or at least Mr. Right Now. Tired of emotional ties and ready for a new adventure, Megan and her three best friends make a fateful decision. They hire hunky stripper Michael Harrington as their timeshare boytoy—unaware he is the prime suspect in a series of gruesome murders. Suddenly, they find themselves involved in a complicated murder investigation led by a handsome detective who is focused only on finding the twisted serial killer before he strikes again. But who will be the next to die? Megan, the hardworking real estate agent; newly divorced Kathleen; Alex, married to a wealthy businessman; or Rachel, the spurned wife of a hot Hollywood screenwriter?Following her own investigation, Megan takes a wild ride through L.A.’s bondage parlors, hidden sex clubs, and the extravagant lifestyles of the rich and famous; soon she discovers that her quest for adventure has abruptly transformed into a dangerous game of life and death." 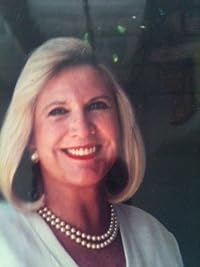 Mary Firmin Bio (from Amazon)
Mary Firmin was born in the North of England, emigrated to Canada, then traveled to Florida where she owned and operated an Arthur Murray Dance Studio. She moved on to Santa Monica, California where she worked in Real Estate Sales and eventually became Vice President of a large firm on the West Side. She began her writing career by attending many classes at local colleges, including UCLA, and then moved on to private writer's groups. As active members of a Southern California Yacht Club, Mary and her husband traveled up and down the California Coastline for years, and spent many days on Catalina Island. Upon moving to the Desert, Mary wrote a society column for a Palm Springs newspaper. It is from these experiences she forged her characters and the story of Deadly Pleasures. This book is a fun, casual read with a little romance, some deviant sex, and a sick serial killer. It is sure to keep your attention to the very end. Mary's loving husband, Bill, passed away this year. She has three children, one gorgeous grandchild and lives in Rancho Mirage, California. Mary is now working on her second book in this series, Deadly Secrets.
For those of you who are wanting more...Mary has stopped by for an interview:


Q. When did you first realize you wanted to be an author?

A. I think I had ideas of being a writer when I was a child. I loved writing compositions and no matter what they were about I always ended with ‘and then I went home tired but happy.’  I have never used that sentence since.  And I loved to read. I always had a book in my hand. But it wasn’t until later in life that I had the time and opportunity to follow this dream. I did not have a lot of formal education so I educated myself by going to writer’s classes, seminars, conventions, and writers groups.  Always in a writers group!

Q. How many jobs did you have before you became a writer?

A. A multitude. I worked for Bell Telephone in ; I taught dancing in , moved to and owned an Arthur Murray Dance Studio. Later I arrived in (when I ran home to mother) where I continued to dance and teach in .  After this I married my first husband. We had three children and I took up real estate. Eventually, I ended up as vice president of a large firm in , and general manager of residential sales. One day while talking with my friend we decided we wanted to be on the Tonight Show, so we figured the only way to do that was to write a book. We checked the UCLA catalogue and found a class advertised as “How to Write the Bestseller.” It was right up our alley. We attended that class and found our mentor, Marjorie Miller. She taught the Bestseller class, and then invited us to join her private writers group in Westwood. Many published authors came out of that group.  Both my friend and I fell in love with the process of writing and it became my life’s work, at first part time, and then full time. I am most happy when I am writing. Obviously, we did not make it to the Tonight Show. Yet!!!

Q. How long does it take you to write a book?

A. Before Deadly Pleasures, I had written Voodoo Fire, a thriller about , with zombies. But it was not fashionable then like it is now.  I started a vampire book after that but everyone told me no one was interested in vampires. Ha Ha. So I dumped that book. When I wrote the first version of Deadly Pleasures, the “powers that be” told me I couldn’t have four women. And then came ‘Sex in the City’ and then came ‘Desperate Housewives’. It seems they may now be ready for Deadly Pleasures -- I hope.  For Deadly Pleasures I probably spent three years writing it. I found my voice while writing this novel. I hope to complete my next book, Deadly Secrets this year.

Q. What would you say is your most interesting writing quirk?

A. I try to make my writing feel invisible so the reader can glide over the words and actually see what I am describing and feel the feelings I am trying to evoke.  But I do love to write descriptions of the sky, mountains, the sea, and people.  I think the reason I try to keep it simple is because I do not want the writing to interfere with the reader’s pleasure.

Q. Do you have a routine that you use to get into the right frame of mind to write?

A. Actually, the hardest thing to do is START. Usually, once I sit down and put my thoughts to what I want to accomplish in a scene, it’s hard to get me away from the computer. I have always chosen to write at night when there are no distractions. But since my husband passed away last year I can work any time of the day and night. Harold Robbins, (and who can forget Harold Robbins?) gave me the best advice, he said we had to ‘put ass glue on our chairs and not get up until we had five to ten pages written.’  It does not have to be perfect – just on the page. Since writing is mostly re-writing, nothing can happen unless you have the first words written down, then you can fiddle with it, rearrange it, and even omit it. But you must START.

Q. Where do you get your ideas or inspirations for your characters?

A. Of course there are only so many personality types, and often my characters do sound like people I know. But mostly, they all have a little piece of me in them. How else could I describe their feelings, fears, and emotions? My next book is about a country club in the desert so all my friends and golf partners are nervous.

Q. How do you decide what you want to work on?

Q. What books have most influenced your life?

A. As a girl it was always Nancy Drew and any kind of mystery I could get my hands on. I moved on to Agatha Christie, I adored Miss Marple and Mr. Poirot. I was so taken with Death on the Nile that in later years I talked my husband into going to . It was not the best time to travel there but we did. We sailed down the in a boat similar to the one in the movie. We visited the hotel where the action took place. What a thrill. I also loved Sherlock Homes and of course Charles Dickens not always by my choice. Raised in we were reading at a very early age so I had lots of time for Jane Austen, Emily Bronte. Etc. Now, I absolutely adore Thomas Harris the author of Hannibal and Red Dragon.  I treat Red Dragon as a text book, because the art of building suspense in this book is absolute genius.

Q. What are you reading right now?

A. I am reading books to review for my friends. I have just finished The Naked Room, by Diana Hockley, Also A Dangerous Harbor, by RPDahlke, Forgotten Burial: A Restless Spirit by Jodi Foster. I have just begun Memoirs from the Asylum by Kenneth Weene. My taste in books is eclectic. And I also bought Trick of the Dark by Val Mc Dermid, a British author of mysteries.  I love Jackie Collins. I can always count on being entertained.

Q. What do you like to do when you are not writing?

A. I love to dance, which is not surprising, I also play golf but I am not very good at it. I just keep slugging away. I absolutely adore spending time with my grandson who is seventeen months old and is experiencing EVERYTHING for the very first time. It is very exciting. I do lunch a lot.
My latest obsession is with Twitter. All my writer buddies are tweeting and re tweeting each other.  It’s a blast. My list of followers grows every day.

Q. What is your favorite comfort food?

Q. What do you think makes a good story?

A. Something, anything that keeps the reader’s interest, has a fascinating beginning, a competent middle, and a satisfying ending. I do not like nebulous endings. I like things to be all wrapped up neatly. But then again, I don’t like to have it all explained away. I like funny, I want to laugh to ease the tension. I love descriptive passages that are not too flowery and overdone. I am pretty easy to satisfy. I just love reading.

Q. Who is your favorite author and why?

A. My favorite author is Thomas Harris, the author of Hannibal and Red Dragon.  His sense of pace and building to a suspenseful ending is genius. I have read Red Dragon many times. I use it like a text book. I do love Dan Brown, I really like the way he takes things that we think we know, and then turns them upside down.  He makes us believe.

Q. What book, if any, do you read over and over again?

A. Red Dragon, by Thomas Harris.  I also loved both movies they made of the book.