Blog Tour: Blackmailed by the Billionaire Brewer by Rachel Lyndhurst

Welcome to The Wormhole.
I am pleased to spotlight Rachel Lyndhurst and Blackmailed. 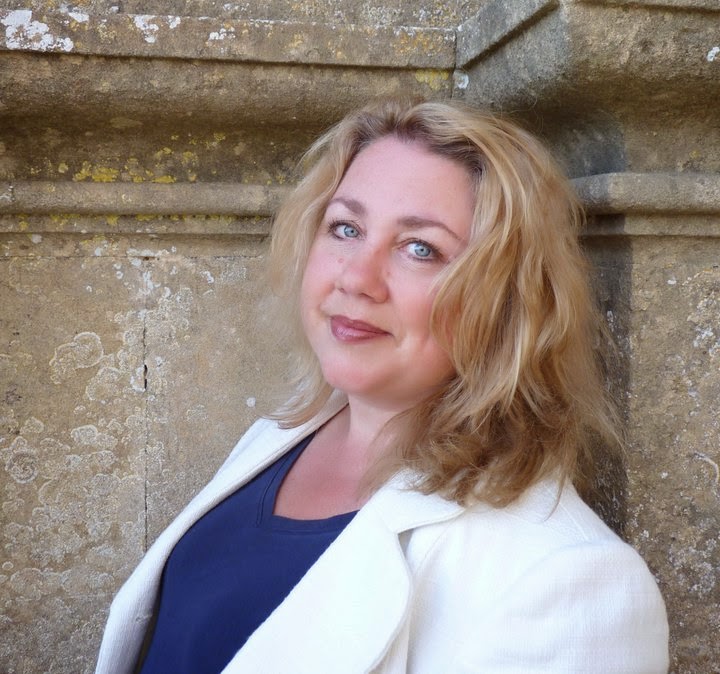 Rachel lives, and writes, surrounded by laundry and old newspapers most of the time with her daughter, son and The Exec in Fareham, on the south coast of England. Sometimes she can smell the sea from her back garden and she has grand designs on a luxurious garden office one day.
When not working, she enjoys a good rummage through a decent antique shop. Oh, and wine and expensive lipstick are non-negotiable.
She loves to chat to her from her readers and can be found at all the places below:
http://www.rachellyndhurst.com/
https://www.facebook.com/?ref=tn_tnmn#!/rachel.lyndhurst.7
https://www.facebook.com/?ref=tn_tnmn#!/RachelLyndhurst
https://twitter.com/RachelLyndhurst
http://www.goodreads.com/rachellyndhurst

Entangled’s very first imprint, Indulgence, brings us the romance we want. And the fantasy men we can’t get enough of! Their new covers show off those rough and ready cowboys, CEOs, and alpha tycoons we crave. Join us in celebrating the brand new look of Indulgence! Today we have ….Rachel Lyndhurst author of Blackmailed by the Billionaire Brewer. 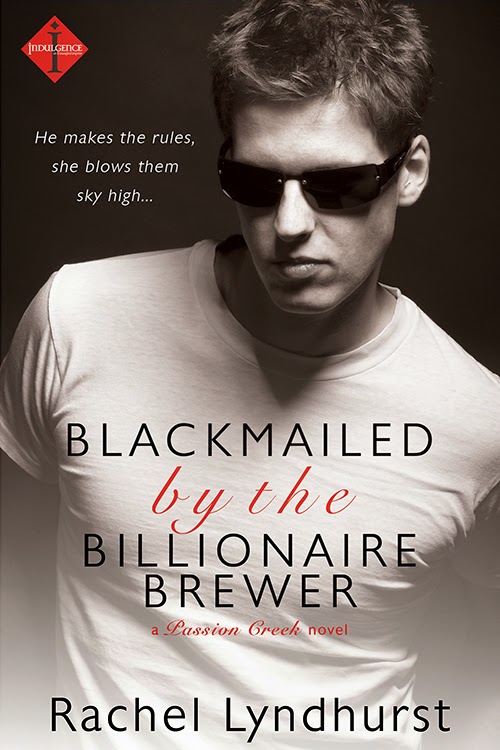 Piper Reilly is in trouble. She needs a cash infusion, and she’s just left a scorching hot man in Florida to get her life in Colorado back on track. Then her surfside one-night-stand turns out to be her new boss, billionaire Matt DeLeo, with an offer she can’t refuse—agree to be the face of his brewery’s newest concoction or lose her job. A few weeks modelling for the billionaire playboy and her money worries are over, and she can definitely resist Matt’s gorgeous smile and muscular, tattooed arms—it’s strictly business.


Matt DeLeo is in trouble. He’s found the perfect woman to sell Passion Creek Brewery’s newest brew, but if he wants her on his posters, he’ll have to keep his hands to himself. But all he wants to do is drink in Piper. And once the launch is over, it will take more than blackmail for Matt to get his way.

Excerpt from Blackmailed by the Billionaire Brewer

Copyright © 2014 by Rachel Lyndhurst. All rights reserved, including the right to reproduce, distribute, or transmit in any form or by any means. For information regarding subsidiary rights, please contact the Publisher.
...from Chapter One

She was real…
Matt DeLeo, ex-IT entrepreneur and billionaire microbrewer, clutched a paper bag of groceries to his chest as he jogged along Periwinkle Avenue, Sanibel. The early morning Florida sunshine was warm on his face and a grin spread across his lips.
No doubt about it: he was wide awake and his dream woman really did exist. The flame-haired goddess he’d left sleeping in his bed fifteen minutes earlier had soft curves, fragrant skin, and a cinnamon-sweet mouth. Even her name sent shivers of pleasure up his spine. Piper…Piper Reilly, the supple shell collector he’d watched from a distance over the last six days, was a revelation. When she’d finally stepped into the Parrot Bar last night and asked for a Long Slow Comfortable Screw Up Against a Cold Hard Wall with a Kiss, it was as if an atomic sex bomb had exploded in the room. She had stolen his breath and now, after a night of passion he would never forget, he was just a few yards away from breaking one of his own rules of engagement with women.
He was going to make the green-eyed siren breakfast.
He knew little about Piper Reilly, but he did know she didn’t drink beer and she hated the color pink. No problem, he could fix that. Living in Florida, she’d clearly never tasted any of his Colorado microbrewery’s beer.
Today, he felt great. This was the life, the reason why he’d made his millions in IT, quit working for other people, and started his own business. Three years of twenty-four hours a day, seven days a week had taken its toll, and he deserved his reward. And the best things had been worth waiting for: freedom, philanthropy, and now, the perfect woman. He’d been imagining her for so long and now she had walked into his life.
He’d done the right thing coming south to scout new opportunities for his brewery business. Life was good here, the sun shone, and people drank a lot of beer. He only had to finish the big spring beer launch back in Colorado and then he’d start Project Florida. And Project Piper. He’d come back in a few weeks and they could pick up where they’d left off.
Except he didn’t want to leave her for more than fifteen minutes. He had to go back to Passion Creek, because he had commitments and jobs to secure in Colorado before he moved on. There was no way around that unless she went with him. He bit down on his bottom lip. “Now why would a girl I’ve only just met want to do something as crazy as that?” He realized he was talking out loud and clamped his jaw shut.
He’d offer her the trip of a lifetime, all expenses paid, and tempt her back to Colorado with him. She’d laughed in his face the previous night when he’d told her he was a retired computer tycoon who tended bar from time to time just for fun. He hadn’t wanted anyone to know he was checking out the Sanibel bar scene undercover. He’d tell her the truth over breakfast.
She was self-employed, so if she came to Colorado with him, he’d introduce her to more business contacts than she could ever dream of getting on her own. And, God, she was gorgeous. Stunning enough to be a top model…
“Holy crap.” Matt’s feet left the ground as he punched the air. He could see it now as clear as day; she’d be the perfect woman to advertise his new beer.
Passion Creek Brewery discovers America’s favorite poster girl…you’re still a genius, man!
Why would she turn down an all-expenses-paid trip to Colorado that promised fame and fortune? She wouldn’t, he knew it.
“Have I got a surprise for you, Miss Reilly,” he murmured as he reached the back steps of his rented condo.
Breakfast in bed and an offer you can’t refuse.
Matt hitched the groceries against his ribs and let himself into the small condo. Silence. The bag crackled annoyingly in the narrow kitchenette, and the coffee machine was making loud noises. His heart beat faster as he peered around the doorframe toward the living area with the fold-down bed. Cold air swept down over his brow. The bed was empty. The bathroom door was wide open to show that it, too, was empty. There was no note, just the faintest trace of her melon scent.
Blood pounded in his ears as a cold, rational voice in his head chimed that one-night stands were like that. People just got up and left sometimes, and he should know because he’d done it enough times himself. Why would this be any different? Except it was different. It wasn’t him who’d walked out the door. Karma had sneaked up behind him and bitten him right on the ass.
He slid his hand into his back pocket and the corner of a business card pricked the tip of his middle finger. Phew. It was still there. All he needed to track her down.
And he would. What was the point of being rich if you couldn’t find the one woman you needed?
…
Posted by Beverly at 4:30 AM 0 comments